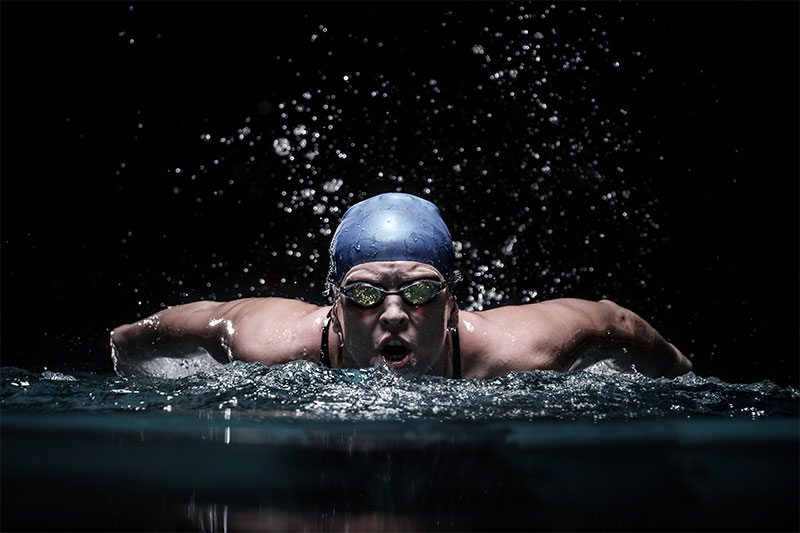 A man met a beautiful girl and he decided he wanted to marry her right away. She protested, “But we don’t know anything about each other.” He replied, “That’s all right; we’ll learn about each other as we go along.”

So she consented and they were married, and they went on a honeymoon to a very nice resort.

One morning, they were lying by the pool when he got up off his towel, climbed up to the 30-foot high board and did a two-and-a-half-tuck gainer, entering the water perfectly, almost without a ripple. This was followed by three rotations in jack-knife position before he again straightened out and cut the water like a knife. After a few more demonstrations, he came back and lay down on his towel.

She said, “That was incredible.”

He said, “I used to be an Olympic diving champion. You see, I told you we’d learn more about ourselves as we went along.”

So she got up, jumped in the pool, and started doing laps. She was moving so fast that the ripples from her pushing off at one end of the pool would hardly be gone before she was already touching the other end of the pool. After about thirty laps, completed in mere minutes, she climbed back out and lay down on her towel, barely breathing hard.

He said, “That was incredible! Were you an Olympic endurance swimmer?”

“No,” she said, “I was a prȯstitute in Venice and I worked both sides of the canal.”