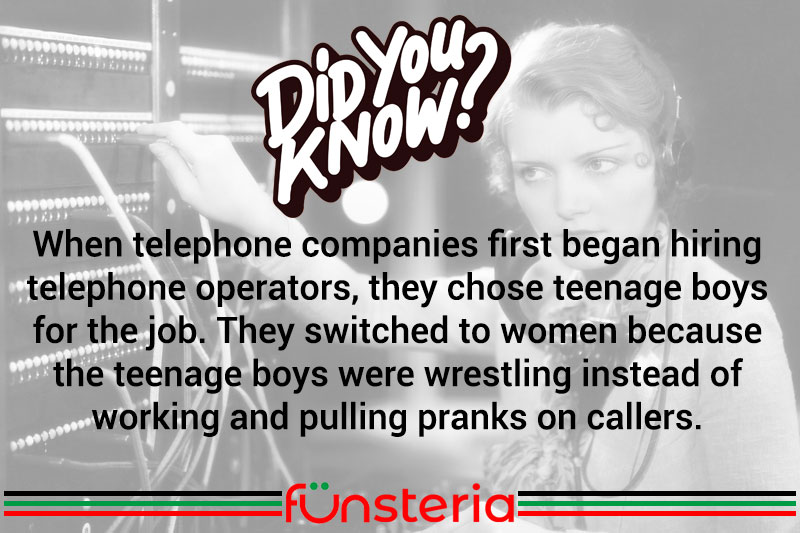 Perhaps the most famous phone operator ever, has to be Ernestine, the character first portrayed by comedienne Lily Tomlin on the Laugh-In show of the late 1960s. But Ernestine would never have come into being, if it weren’t for Emma Nutt. And Emma wouldn’t have gotten her job, if boys weren’t boys.

When the bugs were worked out of the first telephones, and the system was opened up to private individuals, companies had to hire operators. So they hired teenage boys. Why? Because they had worked well in telegraph offices and were a source of cheap labor. But boys proved not to have the patience nor people skills required for the arduous job of juggling customers. They spent their time wrestling, and pulling pranks on the public. As a result, in 1878, the phone companies began hiring women.

The first female operator was Emma Nutt, who would sit at her switchboard for 33 years, an amazing record given the conditions under which women worked. Allowed to perform few public jobs, women also provided cheap labor, about $7 a week in 1900, when almost all operators were women. Everything they did was regulated, from how they sat, to what they wore. Women who married had to leave their jobs. But the ladies persevered, proving in the end, that it takes a woman to do a young man’s job.