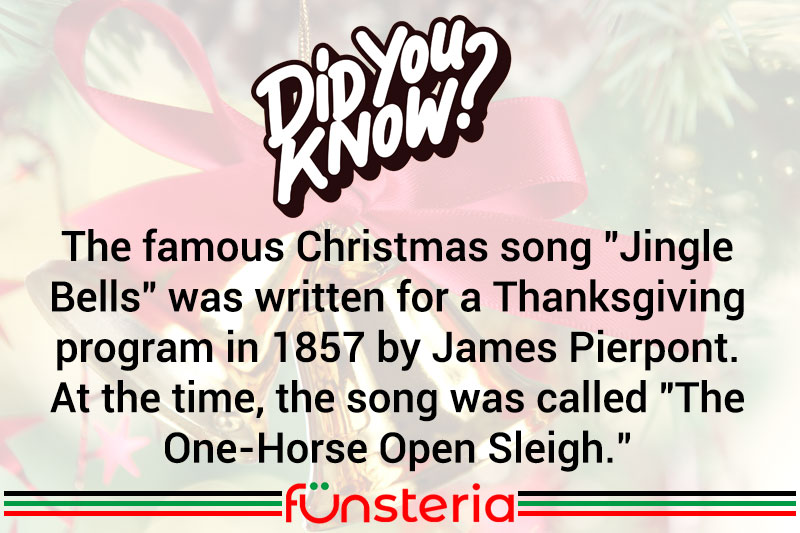 Jingle Bells is quite possibly the most popular, non-religious themed song associated with Christmas, even though it doesn’t mention that event. In fact, the song was originally written for performing at a Thanksgiving service by a group of Sunday School children.

In 1857, James Pierpont penned the perky little tune, for his class to present during a holiday program at his Boston church. So enamored were the little ones of the jaunty words and tune that it became an instant hit, and was called back for an encore during the Christmas holiday season.

Originally, the chorus had a different melody, a little slower and more classical in tastes. There is no record today of who changed that part of it, but it known that one of Pierpont’s friends referred to it as a “merry little jingle”, which led to changing the name of the song from One-Horse Open Sleigh, to its current title.

The most famous performance of the song came in 1965, and was literally out of this world. The astronauts in the Gemini 6 space capsule, orbiting high above Earth at Christmas, reported sighting a command module, with eight smaller modules in front of it, heading south on a polar route. The crew then took out a harmonica and real bells, and treated the staff at NASA to their own rendition of Jingle Bells.