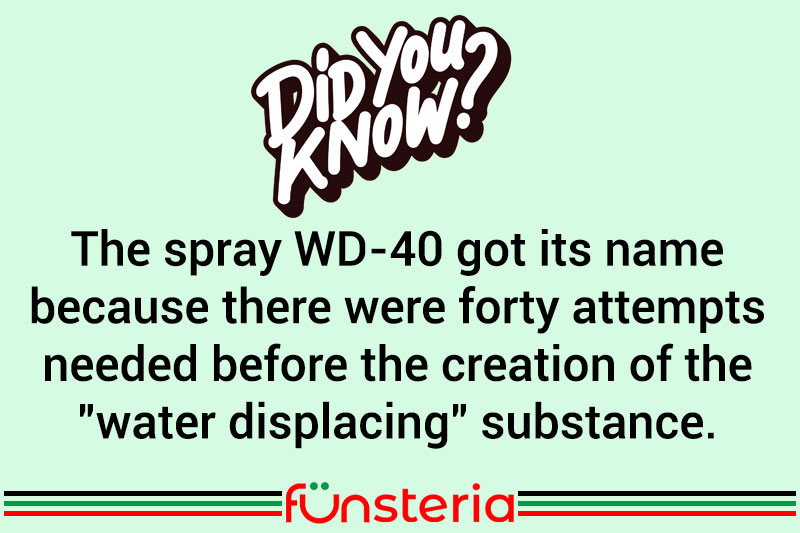 That was a pretty elementary concept, even to the small staff of three that were hunched over their work benches at the Rocket Chemical Company in 1953. They were hard at work in the San Diego, California “headquarters”, trying to come up with a line of degreasing products and rust-prevention substances that could be marketed to the aerospace industry, which was a burgeoning business.

Forty attempts later, they succeed in achieving water displacement from their formula, and so they called the product, what is one of the most popular and well-known home use items today, WD-40. So efficient was it at what they designed the product for, that Conair, a contractor, used it to coat the Atlas missile, protecting it from rust and corrosion. It impressed their employees as well, who took some home to try it out on other things.

Company founder Norm Larsen tinkered with the concept of putting it in an aerosol can, figuring that homeowners might find it as useful as the employees, did, and sure enough, he was right. From WD-40’s first appearance on shelves in San Diego in 1958, the company doubled in size (a whole seven people) in 1960, and began selling cases of it that were delivered in the employees own cars. The following year, their first “commercial” truckload was shipped out in the wake of Hurricane Carla, for reconditioning vehicles, tools and equipment disabled by the floodwaters.