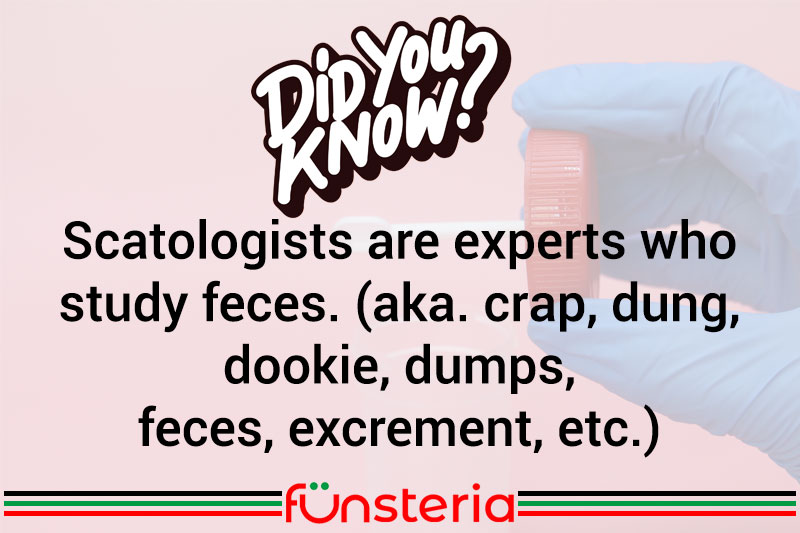 Many people mistake the expression “scatological reference” as being a purely sexual one, when it actually involves…well, a little more than sex. It is the sexual use of feces in some manner. Scatalogical also refers to excrement, particularly when used in a humorous reference, and is often associated with what we commonly call bathroom humor.

“Scat” is a common term for feces, generally applied to that of animals, while fecesis used to refer to the waste product of the human body. People who study things like this, are called scatologists.

Why would they even want to put guano/doo-doo/crap/ under the microscope? Because believe it or not, it can tell us a lot about humans and animals. The content can reveal not only what they eat for a diet, but where they found those foods, if they aren’t available in the locality the scat was found. Scientists can also detect the presence of viruses, disease, and parasites.

Perhaps one of the most famous works on waste products, is the book “Scatalogic Rites of All Nations”, written in 1891, by a U.S. Army officer, John Gregory Bourke. Having studied the native people of America during his extensive years of service, he then went to Washington and used the immense library resources there to further his fascination with feces. The book was re-published by William and Morrow Company as an abbreviated volume titled “The Portable Scatalog”, in 1994. The foreword is by Sigmund Freud. And we all know what he was like. He frequently failed to recognize that sometimes crap is just crap.