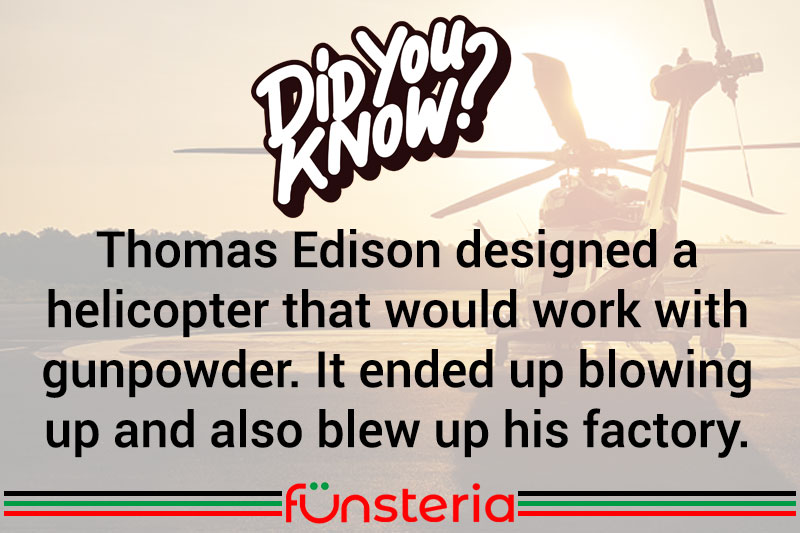 Man had a fascination with flight, long before it was actually made possible. From mythological tales in which men wore fake wings of wax and feathers that melted before the sun, to non-productive inventors like da Vinci, we were determined to get into the air, one way or another.

Da Vinci, the master artist, was also a creative genius, designing but never actually producing what could be called the forerunner of many modern inventions, including the helicopter. His detailed sketches while technically capable of functioning, were often too large and unwieldy to be practical, if anyone had believed it was possible to actually make.

Four hundred years later, another great inventive mind would have a go at it when Thomas Edison built his own invention factory and started tinkering around with spinning blades and gunpowder. Edison’s creation incorporated an electric fan attached to a spring balance, with a gunpowder engine for thrust. To his chagrin, it never truly got off the ground, because his factory caught fire and burned down. Although he would go on to become a rich man from his inventions, helicopters were not one of them.

Successful flight in “whirlybirds” would not come until the early 20th century, when Man finally understood the true nature of “lift”, and developed the engines to achieve it.