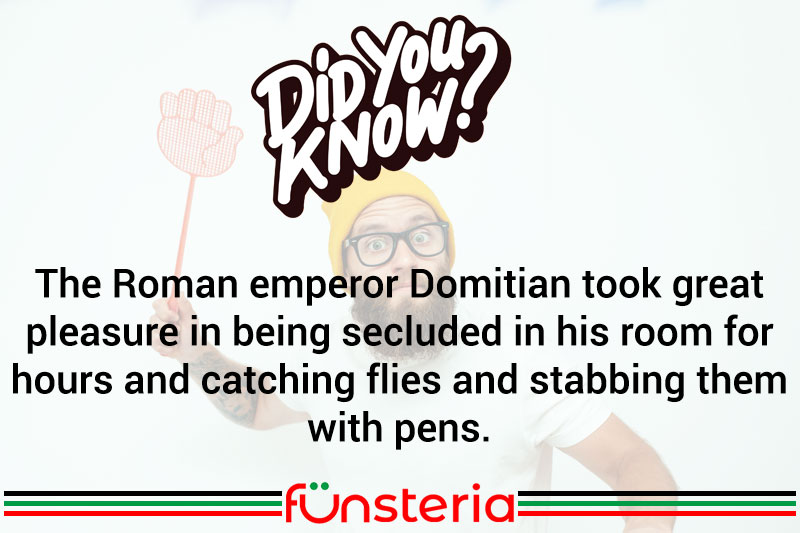 Roman history abounds in tales of cruel and despotic leaders. Some theories have attributed it to a number of causes ranging from in-breeding amongst Roman families, to drinking wine from cups that were made of lead, the acidic contents eating away at the material that was then ingested.

Whatever the cause, Rome certainly had its share of rulers that would have done better laying their heads on a psychiatrist’s couch, than having it mounted in marble on a pedestal.

Following the forced suicide of Nero, in mid- 68A.D. Rome passed through what became “the year of four emperors”, actually a period of about 18 months which saw the fall of Nero, followed by two quickly dispatched claimants to the throne. Finally, someone came to their sense and name Vespasian as Emperor.

Vespasian was wise, and ruled by example of simplicity and honesty. On his death nine years later, he was followed by his oldest son Titus, also revered by the populace. When Titus died of a fever after only two years in office, the role of Emperor fell to Domitian, and Rome’s luck ran out.

Domitian had been having his own way for a long time, and wasn’t about to change. While his father and brother ran the Empire, Domitian dabbled in learning and literature, and secured a seat in the Senate. But behind the youthful mask was a troubled and manipulative mind. To get the wife he wanted, he forced a divorce from her husband. And still played around. When his brother lay dying, he already had the reins of government in his hands.

But he was a miserable failure as Emperor, with no real sense of fiscal responsibility, nor the mind of a campaigner to lead his troops. Instead, he invested large sums in the arts, games, and new buildings, while behind the scenes, his taste for cruelty became legendary. He was known to sit alone in his bedroom, catching flies and stabbing them with his knife. One palace wag, when asked if there was anyone with the Emperor, was known to have said “not even a fly”.

He managed to hang onto his position for 15 years, despite such stunts as executing his wife’s lover, banishing her and then marrying his niece, who died during an abortion. Domitian then recalled the first wife to reign beside him, but never remarried her. He literally cut his way through any opposition, having them executed for their daring. Until the tables were turned and he was murdered in 96A.D.