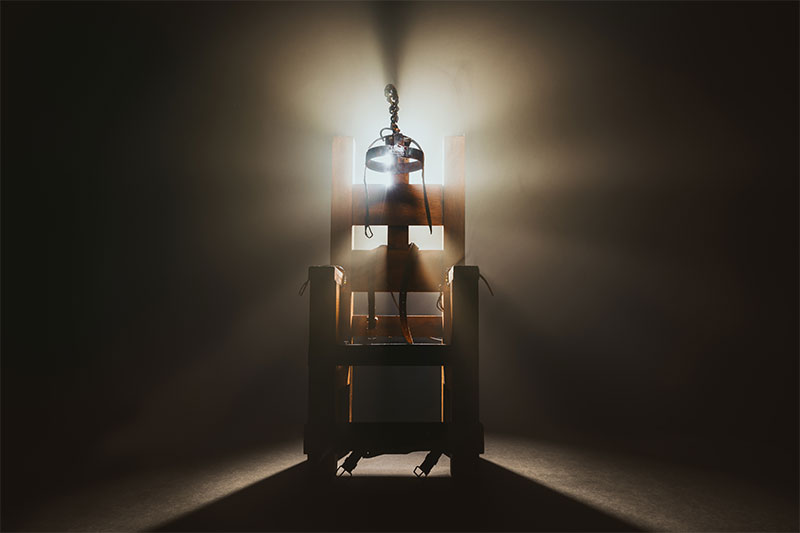 A man drives a train in Bulgaria. One day, he falls asleep driving and runs over someone walking on the tracks. Well, his case goes to court, and he gets the death sentence for murder

So, he’s on death row and the executioner approaches him.

The executioner thinks it’s weird, but shrugs and gives him a banana. The guy eats his banana, waits a while, and gets strapped into the electric chair.

When the flip the switch, nothing happens! In Bulgaria, such an act of divine intervention means you get released.

A few months go by, and the train driver has been working for a new company. Well, old habits die hard, and he falls asleep again, killing 2 people this time. The court has no patience for recklessness, so he ends up on death row again. After a while, the same executioner from last time approaches him.

“You again? Dang! What do you want this time?”

The executioner shrugs and hands him two bananas. A bit weird, but whatever. There’s no way he can cheat death twice! But, when they flip the switch, nothing happens again. The train driver walks a second time.

Some time passes, and the executioner is very busy. After another few months, the same dude shows up, apparently having run over 3 people with a train. Exacerbated, the executioner approaches him for the third time.

“Actually yes! How did you know?”

“Too bad! This has gone on long enough. No more bananas! Today you fry.”

So, the train driver gets strapped into the chair with no last meal. But, when they flip the switch, nothing happens again.

“I don’t get it,” says the executioner. “I didn’t let you eat any bananas!”

“It’s not the bananas.” Sighed the prisoner. “I’m a very bad conductor.”