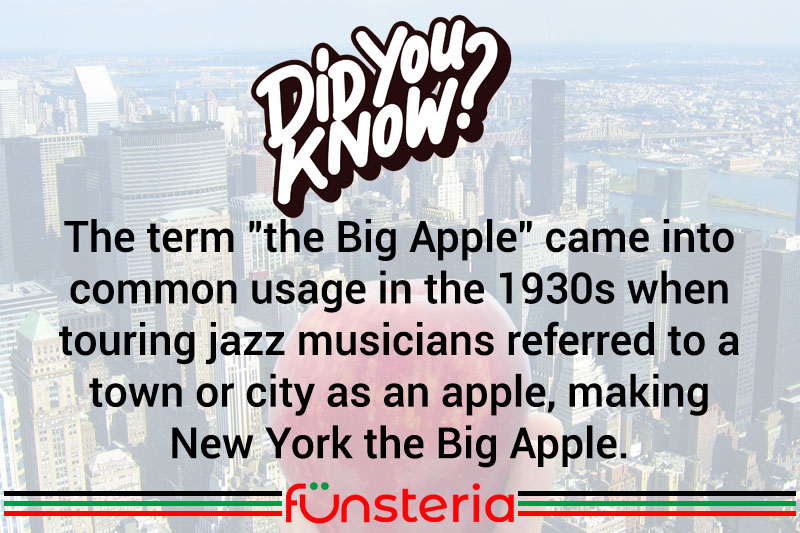 Places, people, even animals end up with nicknames derived from things associated with them, or just from the whimsy of one person whose sense of humor appealed to others. Not so when it comes to the largest piece of fruit in America, the Big Apple that is New York City.

The term came into common usage in the 1930s, when touring jazz musicians referred to their destination town or city as an apple, hence the biggest place of all to play, was the Big Apple of New York. But the expression was first recorded more than 20 years before that, and arose from a much more prosaic reference.

Edward S. Martin, an editor at Harper’s, notes in a book called “The Wayfarer”, a description of how people in the Midwest saw the country as a tree whose trunk ran down the Mississippi, and whose branches spread from coast to coast. Its fruit was the great cities of the nation, with the big apple that was New York, getting more than its fair share of the sap.

The city of New York itself, chose yet another explanation that originates with John F. Fitzgerald, a racing columnist with the New York Morning Telegraph in 1924. At the head of his column was an apple with the skyline of New York drawn on it. Fitzgerald admitted to having first heard the expression in the stables of New York’s racetracks.