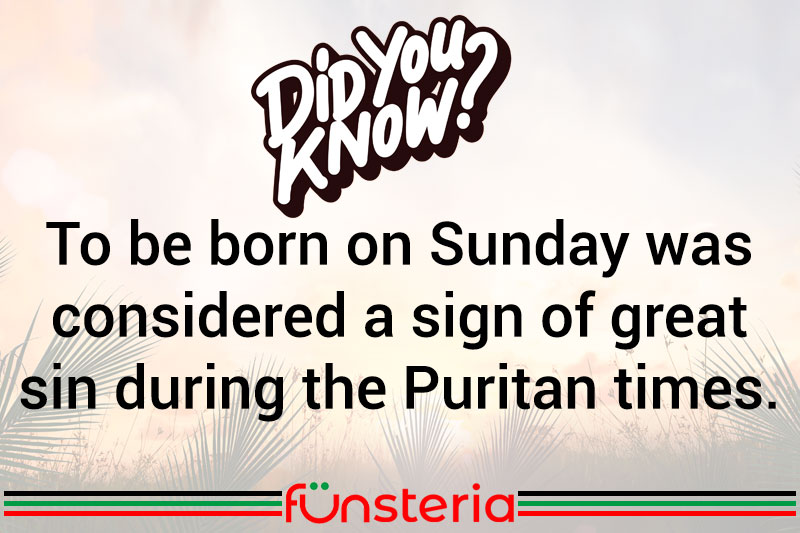 There is an endless argument, largely based on religious beliefs, as to whether Sunday is the first day of the week, or the seventh. Most Christians religions follow the idea that God rested on the seventh day, and since historically Sunday has been the Lord’s Day, that was the day of rest, or the seventh day. But when did that come about?

The names of the days of the week, are largely taken from Germanic lore. Sunday, is the English derivative of the German sun godess Sunna. Naming the days in this manner was first recorded by Christians around 150A.D. In the year 325A.D. the first Council of Nicea, an ecumenical gathering of Christian bishops, declared Sunday to be a day of worship, and so it has been held by Christians ever since.

The split for believing where Sunday lays in the ranking of days, seems to run along geographical lines, with the U.S. and Canada accounting it the last day of the week, and Monday the first. In Europe and South America, Sunday is taken as the first day of the week, a practice that is derived from Hebrew, Egyptian and Roman tradition.

Christian practices on Sunday vary, all the way from a relaxed attitude that allows doing anything you want, to the more orthodox practices that forbid work of any kind, even cooking, or frivolous activity that would take away from contemplation of God.

Perhaps one of the most bizarre beliefs associated with Sunday, dates from Puritan times in the 1600s in England. For them, it was considered a great sin to be born on Sunday. Given that they understood the term of pregnancy to be in weeks, it meant the child was conceived on Sunday, and since everyone was conceived in sin, than the parents had been sinning on the Sabbath.