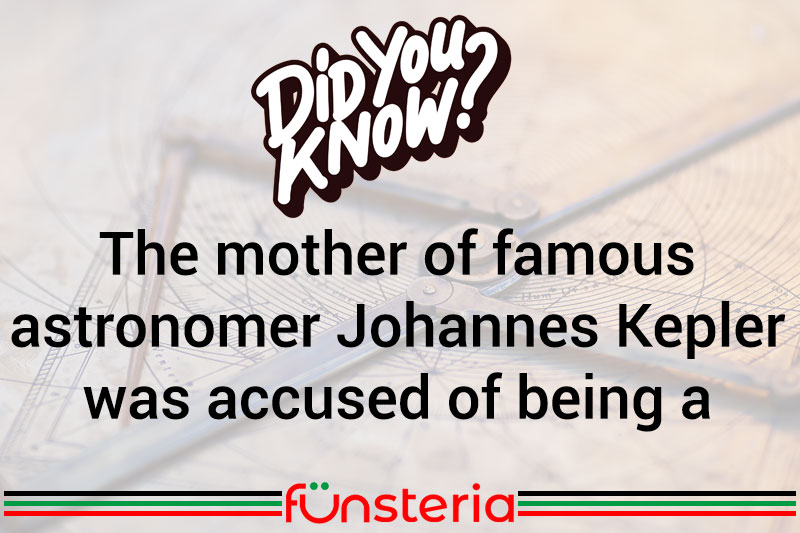 Johannes Kepler was a real mover and shaker. Specifically, he was an astronomer and astrologer, author of two books on planetary motion, Astronomia Nova and Harmonice Mundi. And while the general populace often looked on such men with suspicion, despite the fact that their discipline was a logic-based science, when it came to witch hunts, it wouldn’t be Kepler himself they were after.

Deserted by his father as a young child, Kepler lived with his grandparents for several years, and then entered the Latin school. Despite describing his mother in somewhat unflattering terms in later years, as a child, she helped foster the young Kepler’s passions for science, by taking him to a hilltop to observe the great comet of 1577.

Schooled in mathematics, he had entered theology studies when he was offered a post teaching astronomy and mathematics. While working he pursued his private studies on the subjects closest to his heart, publishing papers and books that became progressively more learned and technical. By 1600 he had been appointed Imperial Mathematician, the most prestigious position for his profession, in Europe.

As often happens with great men, he crossed paths with Gallileo, seizing on that worthy scientist’s discoveries on the telescope, and writing a dissertation in support, then acquiring one himself to further his own work.

But you know what they say about family…you can never escape it. In 1620, at the age of 49, he was astonished to find his mother arrested in a witch hunt at Loenburg. She was imprisoned for 14 months, and Kepler, risking his standing in the scientific community and social scene, defended her at repeated hearings that were finally dismissed, when no evidence against her could be brought forward.