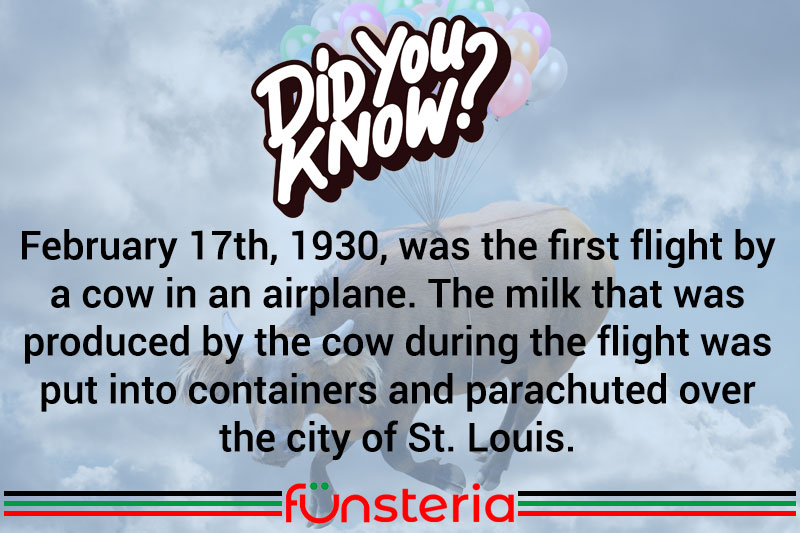 If you think the spin doctors for major advertisers come up with some pretty wild stuff today, consider what their kind of schtick would have been like 75 years ago.

On Feb.18, 1930, during the St. Louis fair in Missouri, someone got the bright idea of a special milk delivery. They were going to put the first cow onto a plane, and milk her while up there. In the interests of science of course, to see if the flight actually affected her milk production.

Elm Farm Ollie, known locally as Nellie Jay, was a placid, two-year old Guernsey cow, said to give six gallons of milk daily in three milkings. So poor Nellie was fed, milked in the morning and then loaded aboard the plane.

The plane circled the St. Louis fair grounds, while an unnamed farmer milked the apparently undisturbed cow. But that wasn’t the end of it. The stunt was going to be milked for all it was worth. They packaged her produce in paper cartons, with little parachutes, and dropped them from the plane to her adoring fans below.

After that one famous flight, Nellie retired to Bismarck’s Sunnymede Farms where she had been born, and died at the ripe old age of ten.