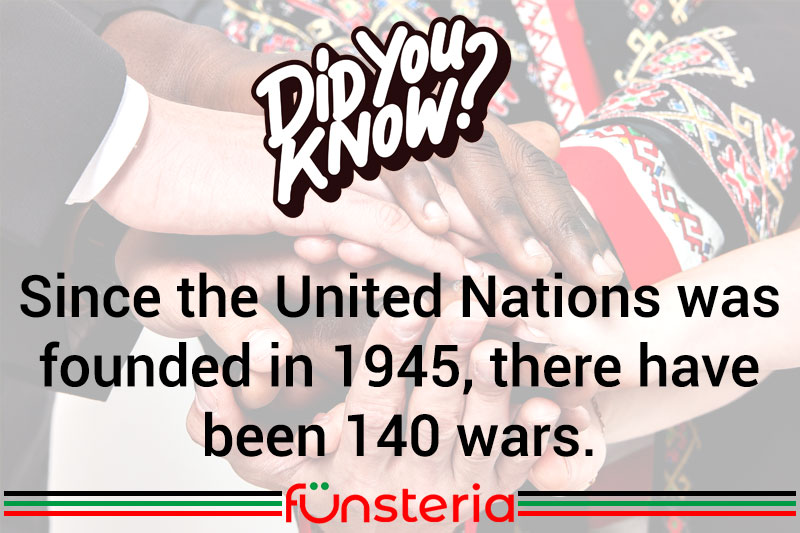 The impact of Word War II with its devastating consequences was so great, that the three major world leaders – Churchill, Stalin and Franklin D. Roosevelt would meet at Yalta in February of 1945, to bring to fruition a concept proposed by the Allied powers – an international organization of countries, for the prevention of war. After the German surrender, plans moved forward swiftly, and by June of 1945, 51 countries had signed the initial charter of the United Nations.

Behind the idea was the determination to bring about world peace, however they could. But along the way, many of their plans fell flat or never panned out.

In 1961, the American state department proposed a plan that would gradually disarm the entire country, after which it would have only home security forces and no military. Forty years later in 2001, the U.N. held a conference whose chief aim was to target the sale and possession of small arms in every member country. That too, was ineffective.

While the organization serves a useful role in mediating, and sanctioning countries that violate the tenets of its founding principles, since the U.N. was formed in 1945, there have been more than 140 recognized wars, including the Korean and Viet Nam wars, two engagements that were considered to have no winners.