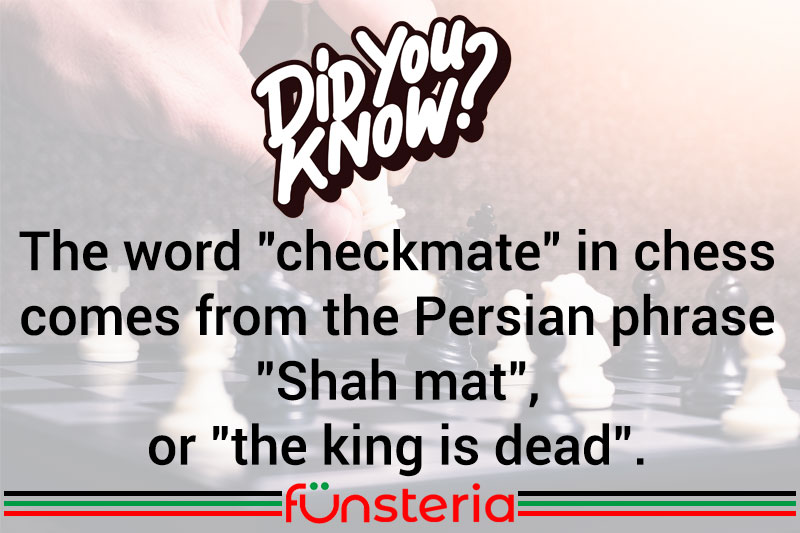 Chess originated as a lesson in life, as much as a way to while away a few spare hours. Nobody is quite sure which country invented it first, but China, Persia, and India all lay claim to some form of the game that involves strategy and careful planning.

The board offered pawns or serfs, who were often sacrificed to save more valuable pieces, a harsh fact of life in those times. Knights represented the professional soldiers, and Bishops the princes of the Church. Castles or Rooks were the homes of the rich and powerful. The Queen not surprisingly, became the most powerful figure on the board, in an era when Queens indeed ran countries when their husbands were off to war, and did it quite ably. She, and the King are the only single figure pieces in the game. The role of all other pieces is to preserve the King, as it would be in real life, to preserve a country’s fate.

Even that most famous of game phrases, “checkmate”, dates back to ancient times. It is thought to have come from the Persian phrase “shah mat”, or “the king is dead”, uttered when a King is in a position to be taken and there are no alternative moves.