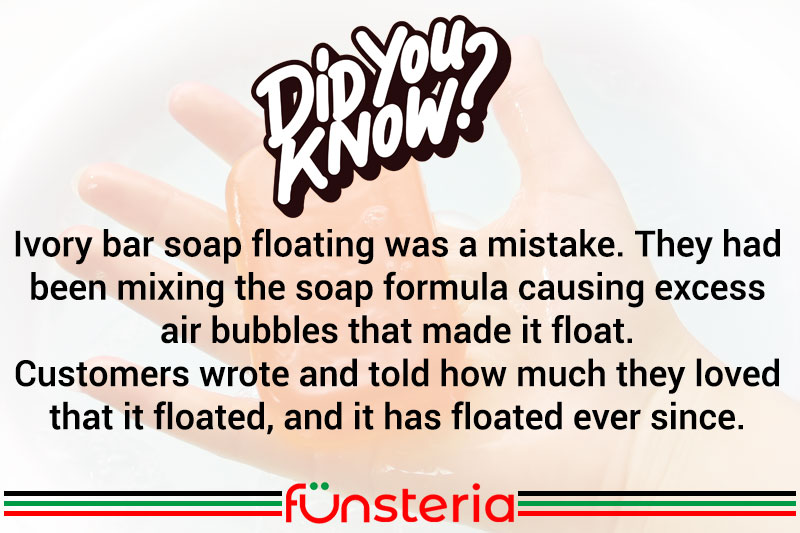 At some time in human history, someone accidentally mixed animal fat into the water left over from dousing a fire, and ended up with the precursor of the first, rough soaps. Some of the first pioneers “refined” the process by keeping a pot or kettle full of animal fat drippings, and then pouring water through the ashes from their cabin stove to make potash. Mixing the potash with the fat, then gave them a malleable substance that hardened as it was formed. This “soap” was used for everything from bathing the baby, to doing the laundry. Regardless of how the hands were exposed to it, they usually ended up red, and sore.

Over time, soaps fell into the realm of cosmetics and other such luxuries. Ingredients that were kinder to the skin were substituted, and scents added to appeal to the softer side of women, the prime market for such things.

Proctor and Gamble, established in 1837, were hard at their business, boiling soap in large kettles and pouring it into frames to be hardened and cut into bars. But there had to be something more. Clean things were white. They wanted a soap that was as white as its purpose- to clean what it washed.

In 1878, after tinkering for years with dozens of formulas, James N. Gamble announced the creation of P&G White Soap. But his partner Harley Proctor thought it deserving of a better name. He found his inspiration in church, when the minister read out Psalms 45:8, “All thy garments smell of myrrh and aloes and cassia, out of the ivory palaces whereby they have made thee glad.”

The bar sold modestly well, and then suddenly, Proctor and Gamble began getting a flood of orders for “that soap that floats”. As it turned out, a workman had gone to lunch and left his soap making machine running. The batch of soap had been beaten much longer than usual, but because there was no damage to the ingredients, the foreman ordered it poured, molded, and cut as usual. Only after some extensive searching, did the company discover that this accident was responsible for the amazing phenomenon that consumers had reported. Today, a small amount of air is beat into the mixture, to produce the same floatation.