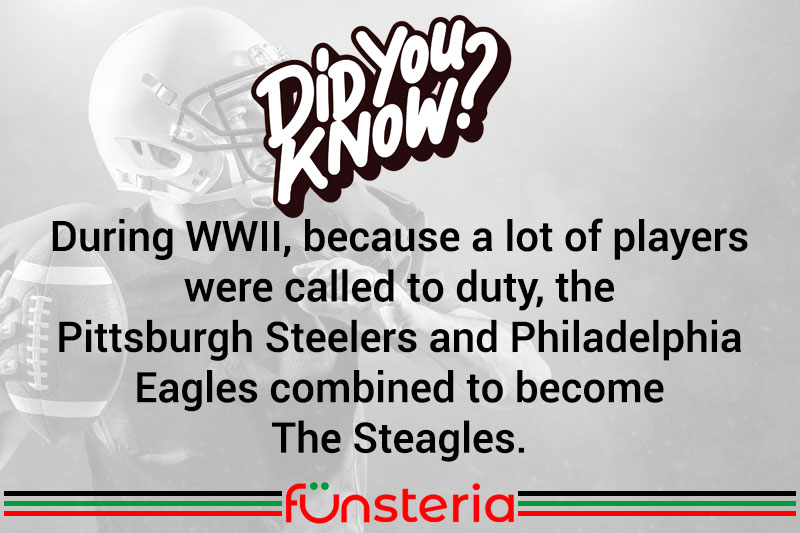 World War II and the years running up to it were a time of deprivation for everyone, with the greatest loss being all the men and women who served overseas, leaving not only their families but their jobs, as well. That included everyone from packing clerks and bus drivers to professional football players. New college graduates who had shown great promise on the gridiron, were off to the war, leaving the big leagues a few players short of full teams, or even a full season.

By 1943, major league football was really suffering. League officials met in the Spring and granted the Cleveland Rams permission to disband for the duration, although they actually only sat out one year, and returned to win the championship title in 1945. Meanwhile, they retained control of their players who were shared amongst other teams to beef up their ranks. Other teams were in the same boat.

The roster that year was short nearly 400 players who had entered the various services. Substitution, not highly popular, was permitted in order to keep the teams and the games alive. Team rosters were reduced from 33 to 28. And in the spirit of cooperation, the Pittsburgh Steelers and Philadelphia Eagles were allowed to merge temporarily, becoming what the fans termed the “Steagles”.

And so the sport forged on. The usual Spring draft was held, although with mixed feelings, since many of the players weren’t even available. One prize was Frank Sinkwich who went to the Lions and became that year’s Heisman trophy winner.