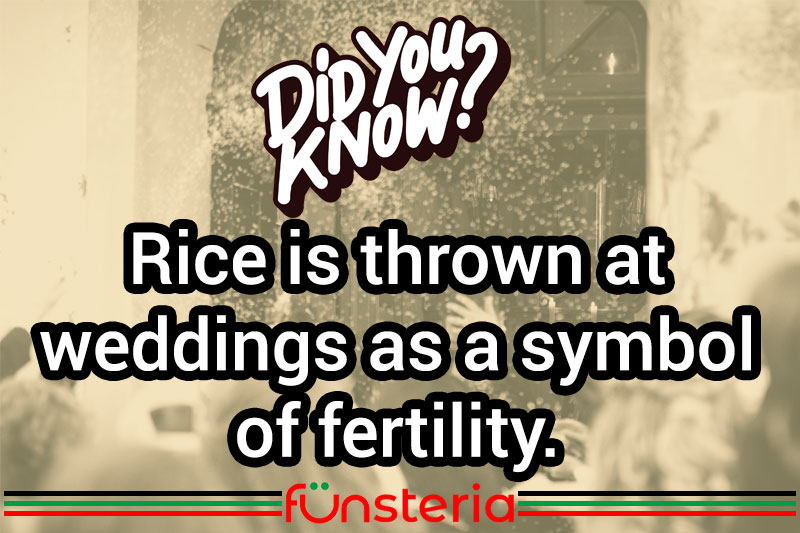 There are so many traditions associated with weddings that you have to wonder where they ever dreamed some of them up. But given the nature of the original “wedding” (with or without benefit of clergy), it’s a simple step to realizing that weddings were all about fertility, growth and propagating the next generation. So of course, much of the wedding festivities also focused on that as well.

Marriages were often contracted between babies, solely on the basis of forming a stronger bond between two land owners, thus joining their property into one large holding. The celebration of the wedding involved much feasting and drinking, a sign of the wealth of the bride’s family, and how well their various enterprises were doing, to afford such a display. The couple were then “publicly” bedded, with maids accompanying the bride to a chamber where they would then decorate the bed with symbols of fertility, a tradition which has now thankfully been moved to the rear bumper of cars.

From the cake, to wine, to even the flowers, and the throwing of rice, was designed to ask the gods in pagan days, and just one God thereafter, to bless the union with an abundance of the necessities of life, including good crops, thus the grain.

But my, how tradition falls by the wayside. Today, many couples will ask that you throw birdseed instead of rice. Because wayward birds eating the rice have been known to suffer from ruptured crops and stomachs, after drinking water on top of the grains.