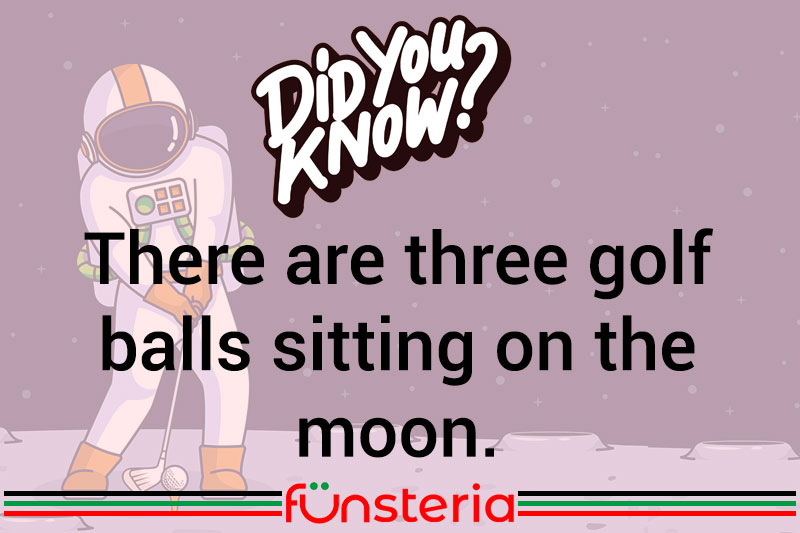 Once upon a time, astronauts managed to sneak some pretty neat stuff aboard their space capsules for trips to the moon, and just orbiting the Earth. On one occasion, the oddities included a corned beef sandwich from the local eatery where launch staff often had lunch. Even in the initial stages of the space program though, flight crew were forbidden to sell the things they took with them, because of the “oddity” value that going into space added to them. Today, NASA hands out a nine-page “do not” list to potential astronauts which strictly defines what they can take in their PPK (personal preference kit), which must not weigh more than 1.5 pounds.

Back in 1971 though, things were not quite so hidebound. And besides, the duffer of the flight crew had already gotten approval for the first golf game on the moon. His only problem was where to store a golf club on the Apollo XIV capsule. Unable to solve the dilemma, he cut the head off a six iron and carried that in his pocket.

When the initial hard chores had been done on the moon’s surface, Alan Shephard fastened the golf club head to the bottom of a tool used for gathering soil samples. He then reached into his space suit for a golf ball. What he wanted to do, was a simple demonstration that youngsters would understand, to show what it meant to be in an atmosphere with one-sixth the gravity of Earth. He naively figured that he was going to be able to drive the golf ball six times the normal distance of an Earth game.

But his first shot bit right into the dirt in front of him. A second swing got him a slice shot of two or three feet. Shephard dropped a second ball, and maneuvering in the bulky space suit, hit a shot that he enthusiastically reported as having sailed “miles and miles”. He later admitted that it was really about 200-400 yards. But just in case anyone else wants a shot, he left the balls behind on the moon.