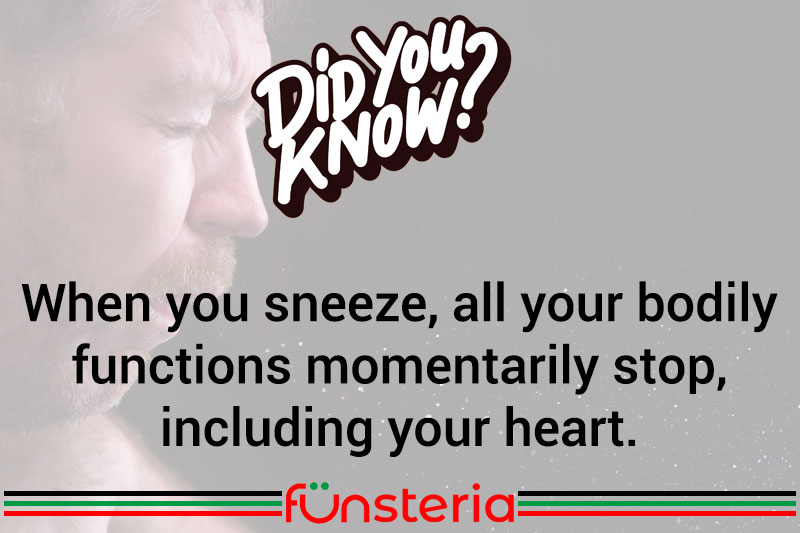 Why do we sneeze, anyway? Generally because a physical irritant has entered the nasal passage, either in the form of an odor, or a substance like pollen. Whatever the cause, when the irritant reaches a certain level, nerve endings send signals to the brain, which in turn sends out a signal to the chest. The muscles there are told to contract, causing a spasm in the pharynx, which is the main passageway between the nasal passages and chest.

The result is an explosion of air, that has actually been clocked at up to 100mph. The fact that it is so powerful, has lead people to erroneously believe that other bodily systems actually stop during the millisecond that a sneeze takes, but this is not true.

What is true, are the dangers of trying to contain a sneeze. That’s not counting remedies like looking down or breathing out, it’s specifically related to things like pinching the nose closed while sneezing.

Consider the force of the sneeze. Now think about where that force goes when denied an exit. It is shot backwards into such passages as the ear canals where there are delicate membranes and bones. The percussion of a truncated sneeze can do serious damage to tissue and structures within the skull.

Not only that, but some people have actually severed their tongues by biting through them through involuntary reflex actions.