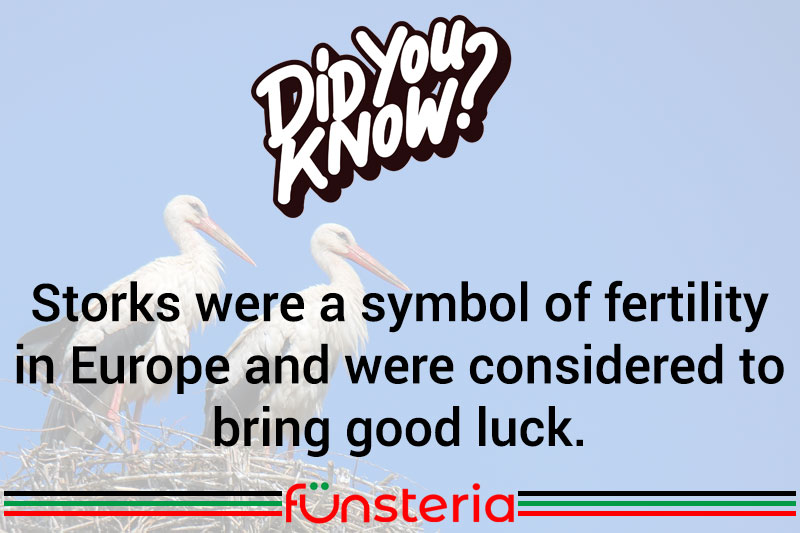 For literally centuries, when faced with that eternal question “where do babies come from?” parents resorted to a tried and true answer: the stork brings them. But where did the legend come from?

It’s believed the bird-brained idea grew out of the fact that European white storks were known to nest on roofs and chimneys in the Spring, producing their own young at the same time that the humans inside the house, were producing theirs. And so, they came to be viewed as a sign of fertility, and a handy “out” for parents with inquisitive youngsters.

In modern times, the arrival of babies by or on a given date was termed a stork derby, with the most famous reproduction race of all, being the result of a whimsical will.

Charles Vance Millar, of Toronto, Ontario, died in 1926, leaving behind what was at that time, a considerable estate worth around $125,000. Millar however, was quite the joker, with many of his pranks based on human greed. While there were a number of quirky bequests in his will, the one that got the most attention, was to the Toronto mother who produced the most children in the ten years after his death.

The stork derby covered 1926-1936, a time when the fortunes of many, were at their lowest. Minimum wage for a 60-hour week, was a princely $12.50. Did the derby produce a population boom for the Canadian city? Not really. Because according to statistical averages, in those days of large families, the women who were at the forefront of the dash for dollars, would likely have continued to have babies anyway.

Towards the end of the Stork Derby, the stakes were upped. Millar’s estate included 100,000 shares of the Detroit Tunnel project, valued at a total of $2 at the time of his death. When the project became a reality, his shares increased the jackpot legacy to around $750,000.

In the end, four women with nine legitimate live births, each received $125,000.