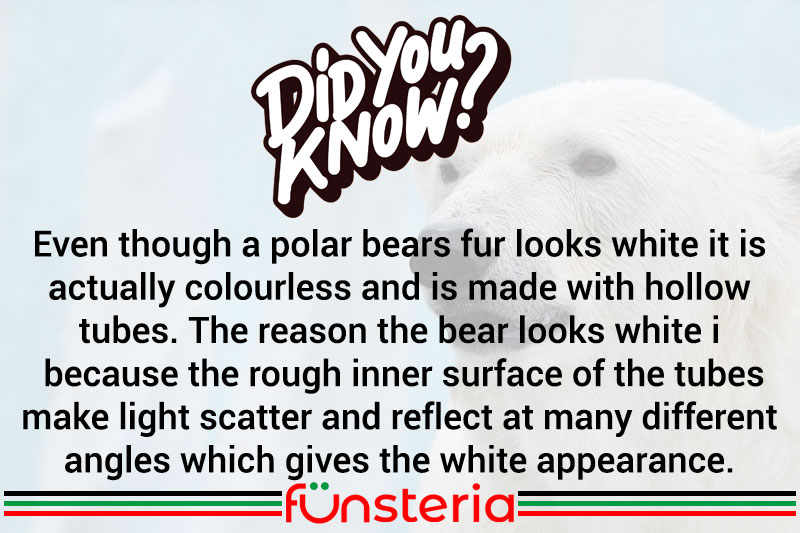 Although scientists theorize that they evolved from the brown bear back in the Pleistocene period that extended from 11,000 to nearly two million years ago, the polar bear is no longer brown. It’s as white as the snow and ice of the Artic regions where it makes its home.

Many animals in nature use their coloring as camouflage, including the snowshoe rabbit who turns white in winter to hide themselves from predators. But as the world’s largest land-based carnivore, the polar bear has no natural predators, and thus no need to change color. And it couldn’t if it wanted to, because the white of its fur is not actually a color.

Polar bears are endowed with a double coat – a base coat that is fine, and an outer coat of guard hairs that are hollow and translucent. There is no pigment in the guard hairs which diffuse the sunlight they soak up, thus giving the impression of being colored white. This natural coloring allows them to remain “invisible” against the snow and ice floes where they are often found, and the hollow nature of the hair, conducts heat towards their black skin, which then retains it against the Artic cold.