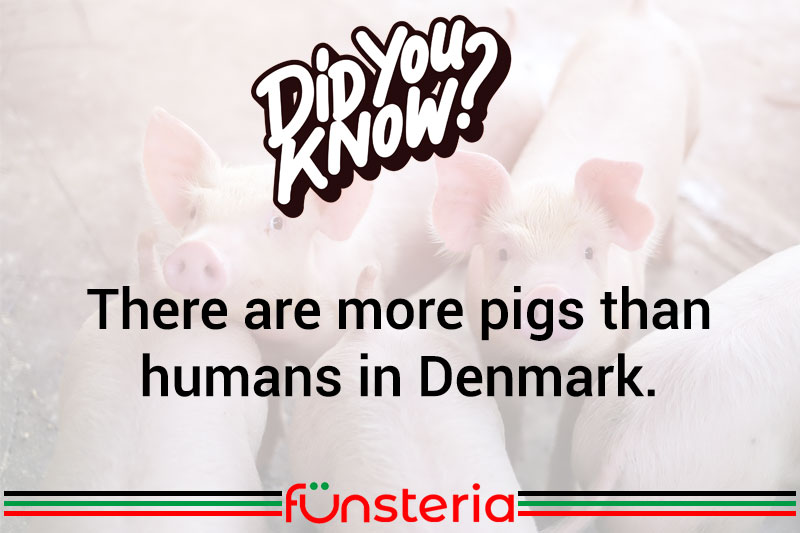 Sure, you normally offer someone coffee and a Danish, but in Denmark, it’s easier to find a pig. Because they outnumber the residents there, nearly 5-1. The country has approximately 5.4 million human inhabitants, but each year it exports 25 million pigs. That’s makin’ a lot of bacon!

It may very well turn out to be one of the greatest medical benefits to Man, to come along in the last half century. Because in 2005, a joint project between the Danish Committee of Pig Breeding and Production, and the Chinese Academy of Sciences, delivered nearly four million pieces of genomic information on five breeds of pigs from Europe and Asia.

What good is that, you ask? It’s good for research into drugs and medical treatments/procedures, because the pig is closer to Man in its genetic make-up, than any other laboratory animal used for studies.

This offers scientists a more precise way of testing medications and surgical techniques, since the pig is so similar to the human. (Something many a mother who cleans up her kids’ bedrooms could have told us long ago.) It is also one reason that pig hearts and other organs have been eyed for possible use in human transplants. We already use such things as the valves from a pig’s heart, but there are fewer rejection problems related to tissues, than there are to living, functioning organs.