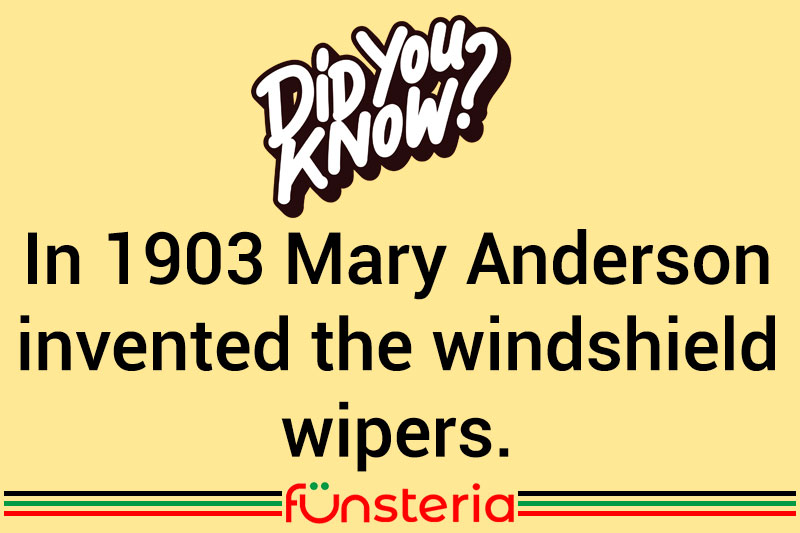 In an era when women were not even acknowledged in some countries as “persons” and still didn’t have the vote, they managed to get their foot in the door of what is now considered a male domain – that of the automobile.

Way back in 1903, Mary Anderson invented windshield wipers, before Henry Ford ever put a Model T on the road. That’s because Mary had been on a streetcar in New York, and noticed how the driver had to lean out to clean the windows when it was raining. So she created a lever-operated arm that would scrape back and forth across the glass on the outside, while the operator remained dry inside the car. It was a success, and by 1916, all cars would be using the new fangled things to sweep aside the showers. The first automatic windshield wipers were the brainchild of Charlotte Bridgewood, president of her own manufacturing company. Unfortunately, the roller-based gear was not a success but it opened the door for other inventors.

Women took the automobile industry for quite a ride, including Helen Blair Bartlett, a geologist who invented new insulations for spark plugs. Marion Donovan, better known for inventing plastic baby pants to cover cloth diapers, was the first one to install a gimbaled boat ring in her car to hold cups.

And they were just the Jill-Come-Latelys. Because in 1871, Augusta M. Rodgers received a patent for a car heater.