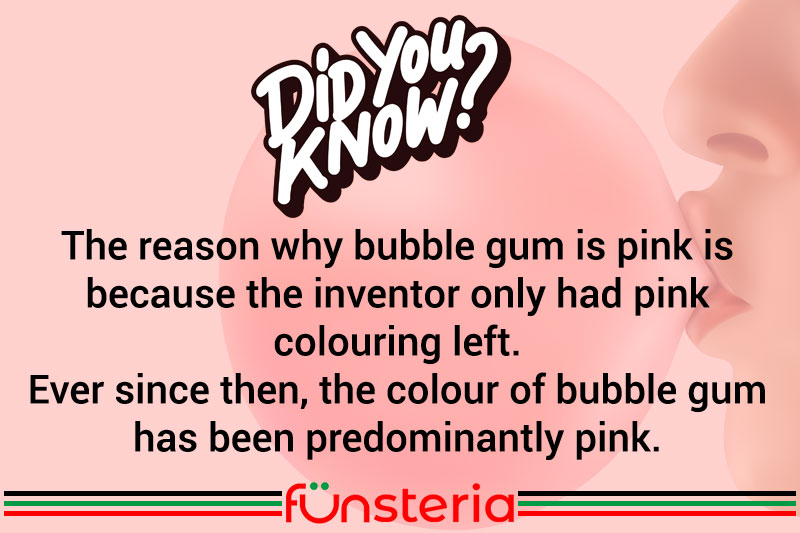 Remember trading baseball cards as kids, and you bought the bubble gum just to get them? Well, surprise…that wasn’t why bubble gum was invented. Or even when.

Gum has been around for at least a couple of thousand years, although not in our current “refined” forms. As far back as 50A.D. there are records of the Greeks chewing the naturally oozed sap of mastiche trees, while in the second century, Mayans are recorded as having indulged in a good chew of chicle, a refined product of the Sapodilla tree, which would one day contribute to modern day gum.

Not only that, but newcomers to America were introduced to the chewing of spruce gum, which eventually was sold in general stores, and remained popular into the 19th century, before paraffin was used as the base ingredient for gums.

“Invented” chewing gum came about entirely by accident. It could very well have ended up as the tires on wagons and cars, because Thomas Adams, an inventor, had been hired in 1869 to create a new rubber, using chicle, which was a latex.

The rubber didn’t work out, but Adams bounced back anyway, producing a chewing gum that was smoother, and held its taste longer than either spruce or paraffin-based gum. By the turn of the century, you could buy gum in tubes, sticks, balls, and all kinds of shapes. But it still didn’t have the elasticity to blow bubbles.

That would not happen until 1928, when Walter Diemer, a cost analyst without chemistry training, unearthed the original recipe of Frank Fleer, who had come up with it in 1906, but mysteriously, never promoted it. With a few twists and touches, Diemer produced that prized pink square of our youth, Double Bubble Gum. Why pink? Because at the time, it was the only coloring they had in the plant, and pink it has stayed.