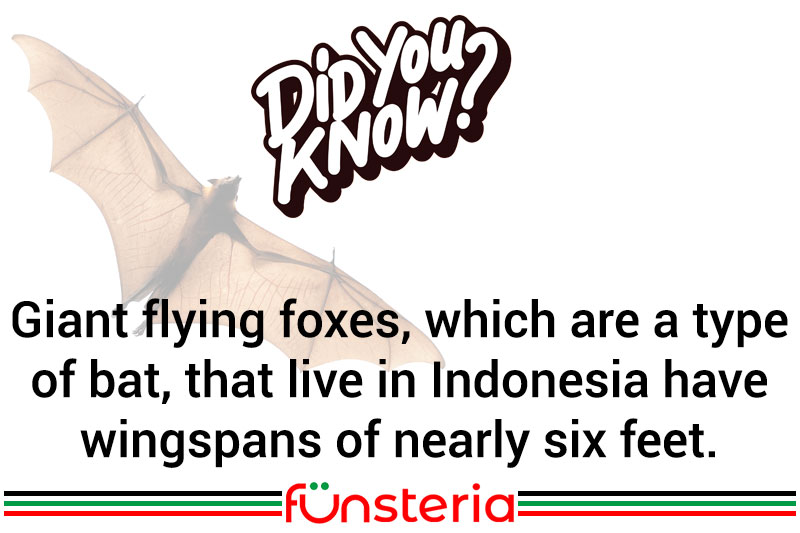 Just the thought of being around bats can make some people hunch down to avoid the dive-bombing little members of the rodent family. Those are the people who likely don’t want to vacation in Central Luzon, Indonesia, where you’ll find the Flying Fox.

Weighing in at around two pounds, the golden-crowned Flying Fox bat is one of the world’s largest. When dusk comes, and those strange, little bundles hanging from trees in the Subic Bay rainforest start to stir, they can open up a wingspan that reaches nearly six feet across.

The Flying Fox “hangs” out, literally, with another species of bat, the slightly smaller Philippine Giant Fruit Bat, which actually has an inch or two over the Fox, when it comes to wing width. The two have co-existed peacefully in this region for many years, at times being numbered in the hundreds of thousands. Sadly, the combined population of the two, has now dwindled to an estimated 10,000 specimens. And while they are protected in the rainforest, which is the Fox’s primary habitat, the Giant Fruit Bat is known to live in surrounding countries, and even the rainforest residents will fly up to 50 kilometers from their home territory, which puts them in danger.

The unfortunate and undeserved reputation of bats, which has been engendered by folk tales and fictional stories, is partly to blame for their demise. As people’s fear of them takes precedence over their value to the environment, their numbers will continue to decline, robbing the rainforest of a crucial source of propagation, from the seeds that are consumed, then passed and left to re-grow the diminishing vegetation.