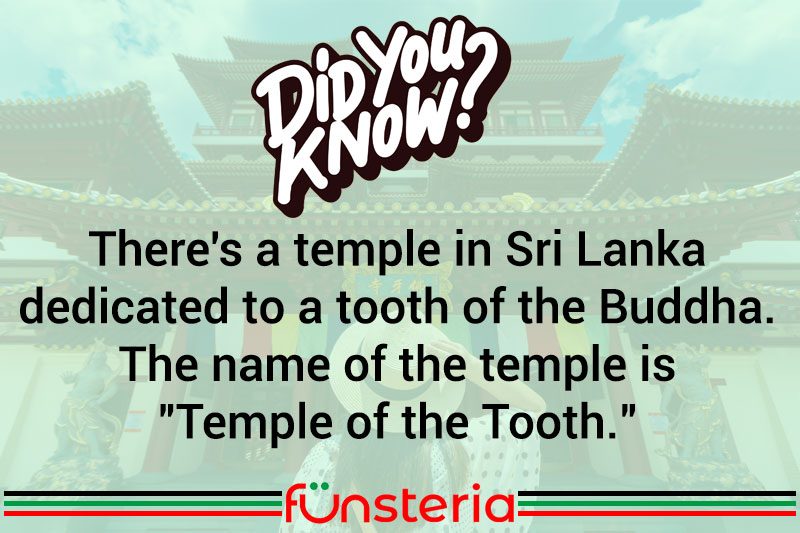 Although the term “Buddha” actually applies to anyone who achieves the enlightenment of Buddhist philosophy, most people generally accept Siddhartha Guatama (623-543BCE) as the Buddha, the embodiment of their beliefs, and the first one to become enlightened. As such, anything connected with him was revered and worshipped, including his remains after cremation.

Buddha had directed, prior to his death, that his remains be parceled out to those states in India who requested relics, and enshrined there. Most of his ashes were then taken to the various temples and buried in funerary mounds. But his four canine teeth, reportedly recovered from the funeral pyre, were given out separately and venerated by those who received them: a right canine went to the heavenly gods; one was sent to the king of Gandhara in modern Pakistan; the third canine went to the Nagas, who enshrined it in a golden room, and the last went to the king of Kalinga in eastern India. It is this tooth that traveled far and wide…and often, to its final, glorious resting place.

Eight hundred years later, when Kalinga was threatened with civil war, the tooth was sent with the son and daughter of the then king, to safe haven in Sri Lanka. It often rode concealed in her hair for safety. When it arrived in the capitol city, the new king of Sri Lanka placed it up on his throne and gave it all due veneration, then had a shrine built to it.

While it was moved frequently over the ensuing centuries, due to wars and religious jealousies, the tooth rests today in a special Tooth Temple, built within the confines of the royal palace complex in the city of Kandy, in Sri Lanka. Every Wednesday, the monks give it a symbolic bath in a herbal preparation said to have curative qualities, which is then passed among those attending the ceremony.