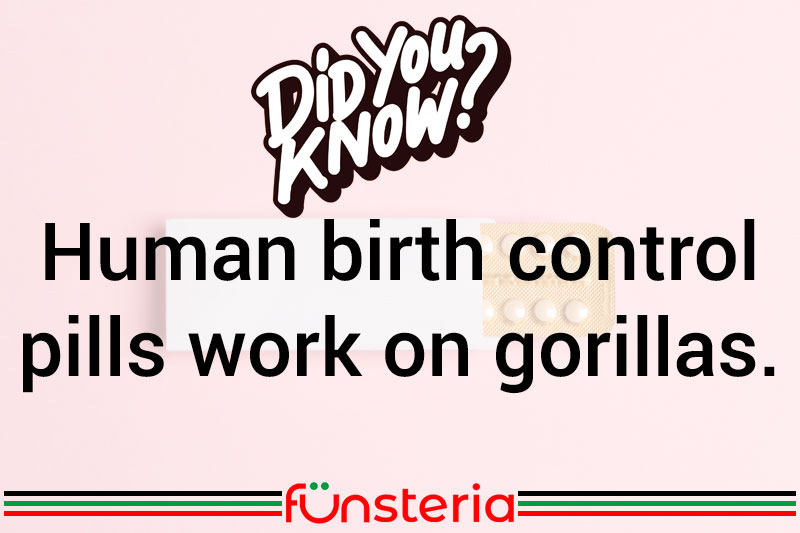 Monkeys of various species and even apes, are often cited as the precursors of Man, and comparisons are made in their intelligence, physical features, body functions, and ability to reason. Studies have advanced to the point where often what is good for the monkey, is good for Man, and vice-versa. Right down to hormonal therapy.

Gorillas are as “sexual” in nature as humans. Females experience menstrual cycles throughout the year, and are ready to breed during any one of those, which can pose a problem for zookeepers, whether they have a male or not. Continued cycling without breeding can sometimes affect their health, and can cause frustration in other quarters when males scent an available female. So the “girls” are put on human birth control to curb their more playful activities.

So what happens when that randy pursuit of the opposite sex declines? Female gorillas, just like women, appear to go through a menopausal stage. These discoveries, while relatively recent, have been suspected for some time, but there was never any comprehensive data gathered on aging female gorillas in zoos. Now, a study of 30 older gorillas, has determined that 23% of their subjects had already passed through menopause and were no longer fertile, as proven by regular hormone tests.

Did they have moods and bad hair days? That is still to be determined. But it’s safe to say that annoying one of the old girls would not be a good idea.