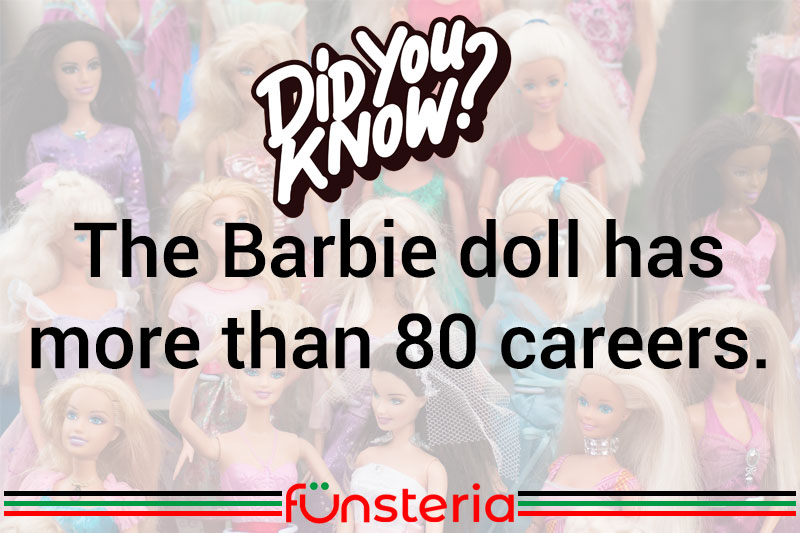 Little girls have played with dolls for thousands of years, as proved by many archaeological relics. Scraps of cloth and wooden or bone figures have turned up in graves, the ruins of villages, and other locations that connected them with the presence of children. Dolls back then, and through the ages, were a toy or amusement. If the child who owned a doll invested it with a particular character or role, that was from the wellspring of their own imagination. Because dolls didn’t really “do” anything. Until Barbie came along.

Up until the early 1960s, dolls had a purely recreational function- to be dressed, paraded, attend pretend tea parties, and on occasion, forecast the owner’s dream for the future by being sold in a wedding ensemble. Barbie had that one too, but someone at Mattel finally dragged the creative minds out of the dark ages, and started giving Barbie more meaningful things to do. Of course, the first careers Barbie had were typically feminine, like her debut as a teenage fashion model. Then she got to be a college student, complete with wardrobe and books. Once educated, Barbie’s career choices took off. In 40 years she has held or performed more than 80 professions/roles.

There is an entire range of service Barbies for the Navy, Army, etc; all of which passed official department inspection regarding her uniforms and equipment. The Barbie Sport Collection was created for little girls to live the dream of becoming a professional athlete in a number of disciplines, and was enhanced with the addition of two Olympic Barbies.