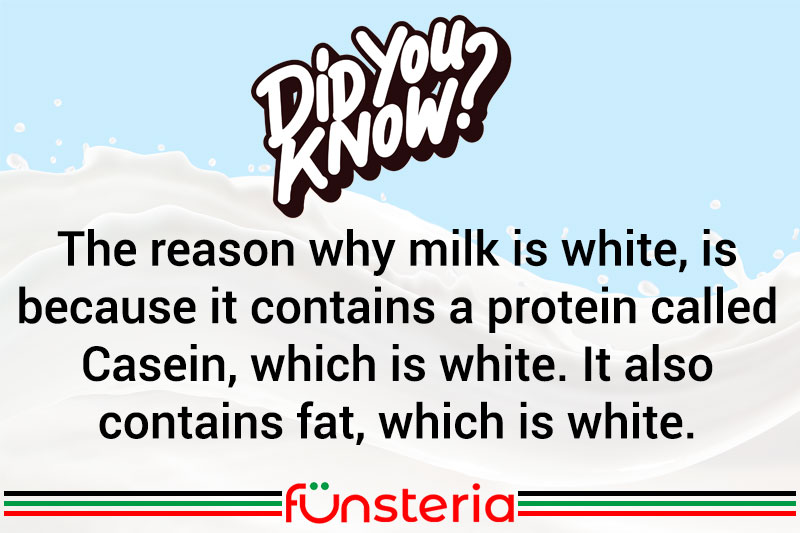 Sooner or later, one of you children will ask if chocolate milk comes from brown cows. The answer to that one is fairly simple, but can you explain to them why milk is always white?

That’s due to two of the primary components found in milk, casein, and fat. Casein is considered a salt of calcium, which in its natural form, is a light gray metallic mineral. Casein particles are suspended in water, the base of milk. Unlike other materials that absorb certain light ranges in the spectrum and take on that color, casein reflects it, creating a cloudy/white “color” to the liquid it’s in, hence the white color of milk.

But fat plays a part as well. Homogenized milks that are treated to make sure the milk and fat remain a mixture and don’t separate, is particularly white because fat itself is that color. Skim-milk and low fat milks tend to have an off-white tone to them, due to the lack of fat, although they still contain the calcium.

If that doesn’t tongue-tie your youngster, tell them that your average cow produces 90 eight ounce glasses of milk every day.