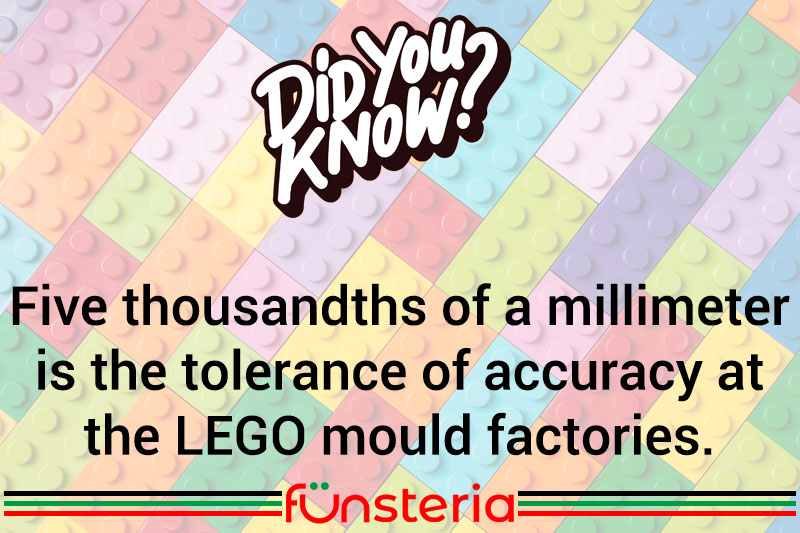 You can thank a Dane by the name of Ole Kirk Christiansen for all those hard little pieces of plastic you step on in bare feet at night, because the kids didn’t put their Lego blocks away.

Although already in business in 1932, turning out wooden ironing boards and toys, it would be 1947 before the company acquired a plastic mould injection machine and began manufacturing the forerunners of the Lego blocks we know today. His company name, and thus the name of their most famous product, was taken from the Danish words “leg godt” or play well.

By 1949 they were making what was termed automatic binding bricks. It would be 1955 before they took on the look of Lego, and 1958, before the building blocks’ stud and tube method of fastening together, was introduced and patented. From a domestic product, the new toy was exported to the U.S., and as they say, the rest is history.

But have you ever wondered why the blocks are so precise? That’s because in any manufacturing run, the allowable margin of error is in the thousands of an inch, or they are rejected. That kind of guarantee of performance, means that you can take six 8 stud bricks of the same color, and put them together in a mind boggling 102,981,500 combinations. If you’re not that ambitious, three of the same bricks can be locked together 1,060 different ways. And two of the same color, a paltry 24 combinations.