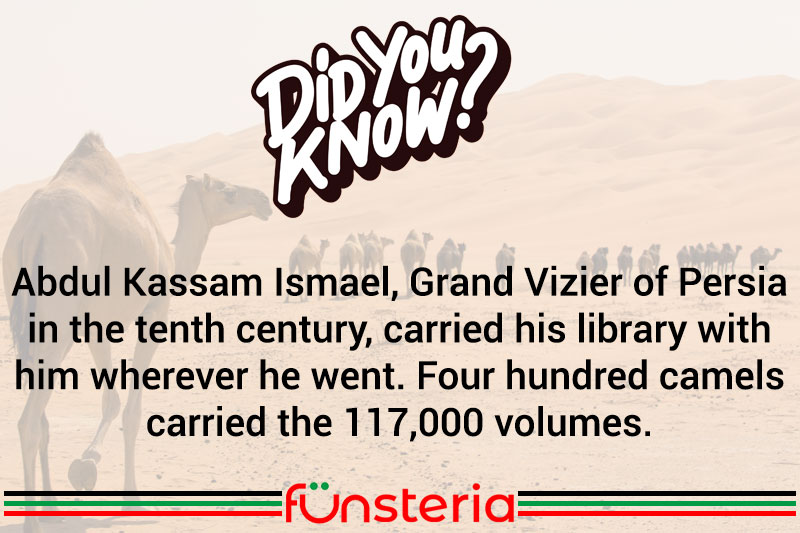 How many times have you gone off on a trip to the beach, or a vacation flight, and one of the things you took along was a book? It’s still one of the most popular ways to relax, and with the advent of the paperback, books became mobile possessions that could entertain us almost anywhere we wanted to take them. At one time, every well-to-do home had their own library, whose contents depended on the aesthetic tastes or pretensions of the homeowner. The library of course, stayed home. But not always.

It’s hard to imagine a library created from the first records and accounts of “civilized” man. Library “stacks” would take on a whole new meaning, if they had been made out of piles of clay tablets that the Sumerians used back in 3500B.C. So would “bare bones” texts, if you compiled a library from the oldest records of writing in China, which date back to 1400B.C. and are done on real bones.

The Greeks were smart and waited until 530B.C. to establish the first library, just when papyrus was replacing engraved granite for your household accounts and grocery lists.

As man became more literate, the richer among them began gathering their own personal copies of early classics, historical tomes, and accounts of travel to wonderful places. Back in the 10th century, Kassam Ismael, the Grand Vizier of Persia, liked a bit of light reading on his travels. So he took his entire library with him, wherever he went. A feat that required 400 camels to carry the 117,000 books.