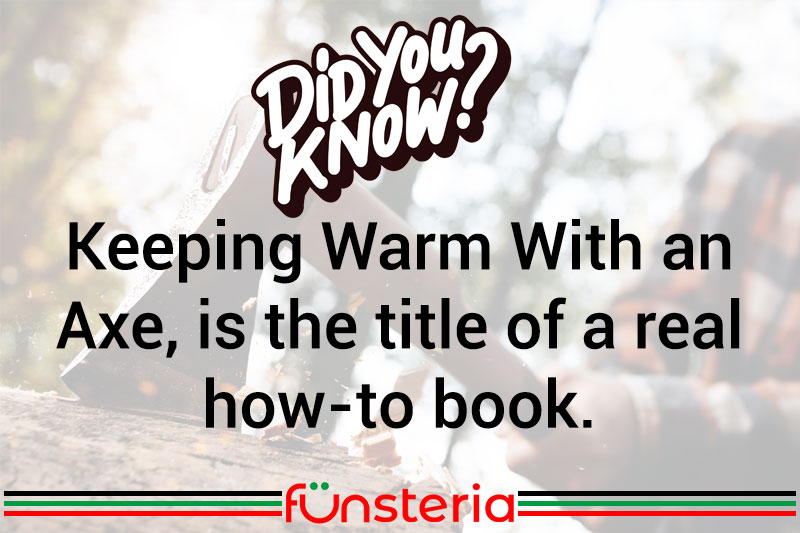 When Man first got off all fours and started picking things up, he learned to defend himself with whatever came to hand. He might have thrown a piece of wood, or a rock. Either by accident or experimentation, Man ended up tying a rock to a piece of wood, and he had the first axe, albeit a pretty dull one.

Over the years, the axe morphed from large, unwieldy things to smaller, more useful tools for cutting down trees, and even trimming the limbs with a smaller version, the hatchet. Many a woodsman is very fussy about the metal and wood that goes into this most prized of tools, and hence we have books like Dudley Cook’s “Keeping Warm With an Axe”, which hones in on the best in blades and handles.

Historically, axes have figured in a number of interesting scenes and events, including depictions of that wild Scotsman William Wallace, the literary giant Paul Bunyan, and the song that goes along with the legend of Lizzie Borden.

But you’re wondering about the expression “old battle-axe”, aren’t you? Well, it seems that the original battleaxe goes back 5,000 years, to when it was created specifically as a weapon of war.

The expression as it applies to women, did not come into use until the mid 1800s, when skirmishes between settlers and Native Americans were often recounted with details of their tomahawks, or battleaxes. A women’s rights magazine, titled “The Battle Axe”, in trying to convince the public of their sincerity, was presumed to have been written and run by a bunch of belligerent, elderly spinsters, with too much time on their hands.