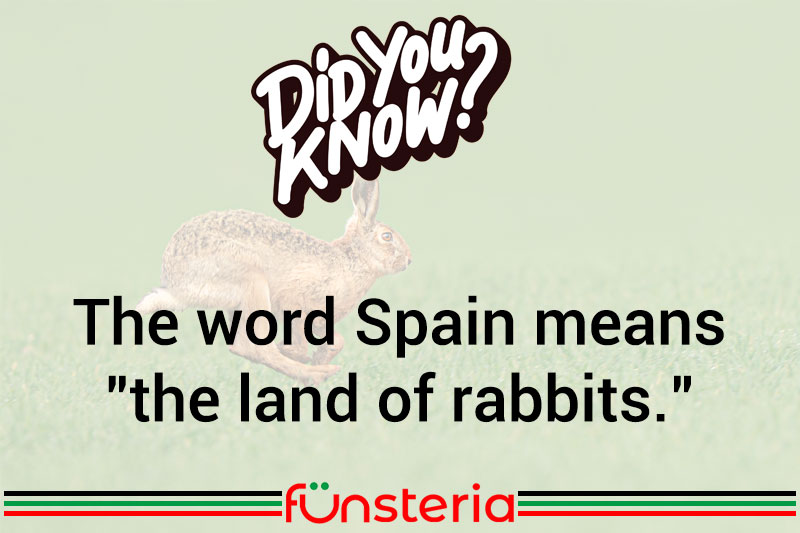 “A rose, by any other name” may smell as sweet, but a country relabeled from the original, is sometimes confusing. Did you ever wonder how some of the world’s countries came to be called by their present names?

Spain – They were really splitting hares on this one. Phoenician settlers found such an abundance of hares on the land, they named it after them. Only they mistook the hares for the hyraxes of Africa, and named it in a Canaanite dialect, which Latin-speaking Romans turned into Hispania. Down through the years it morphed into the Norman French Spagne, and then Spain.

France – The best things in life are free, as were the men who settled the country. Known as Franks, the country became literally, “the land of free men”. The Franks were a west German tribe who entered the Roman Empire from Frisia, and established a new culture in modern day France.

Britain – It wasn’t a made-up name, but a name derived from make-up. The original inhabitants of the islands were known to wear elaborate face paint, for which the word Pritani, provided a place name. Other schools of thought feel that the name was drawn from the Celtic goddess Brigid.

America – Considering the ballyhoo over Christopher Columbus, it’s a wonder the United States is not referred to today, as Columbia. But its name is actually derived from that of a fellow explorer of the same period, who went basically unnoticed until after his death in 1512. Amerigo Vespucci, made a reported four trips to what later became known as the Americas (North and South), and the surfacing of two letters, Mundus Novus (New World), and Lettera (Four Voyages) detailing those trips, are said to have inspired historian/mapmaker Martin Waldseemuller, to name the country by the feminized Latin version of his name.

Canada – Just a cozy little village. The name is actually from the Algonquin Indian word k’anata, or little settlement/village. It was noted by explorers who first visited a community near present day Stradacona, in the province of Quebec.