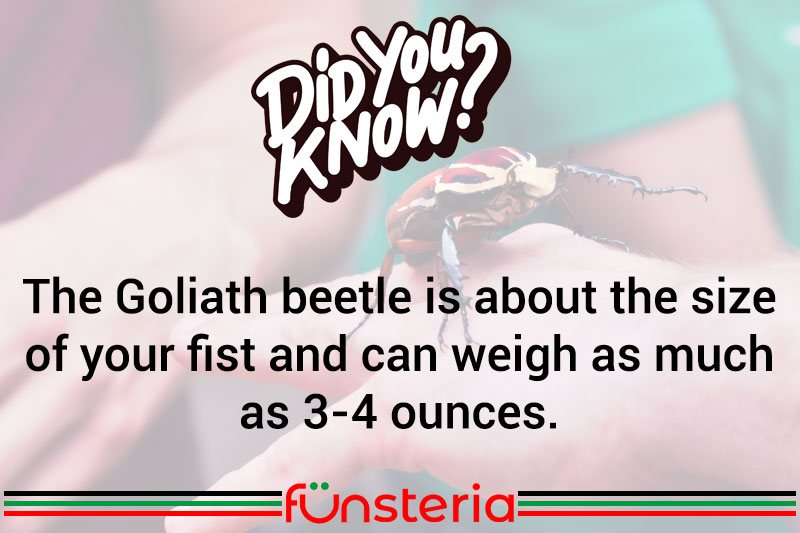 No, they’re not as big as the “Fab Four”, in either physical size or reputation, but the Goliath Beetle is big news in the insect world.

Most people can recognize a beetle, since there are so many varieties around the home and garden. But there would be no problem recognizing this particular beetle, because it can grow to nearly five inches long, and weigh close to four ounces. That would sort of make it stand out amongst the common insects in your yard.

Beetles have existed for well over 300 million years, although they have evolved in shape and size. Goliath Beetles are members of the scarab family, which has 30,000 different species, and that’s just one group! Each species has hundreds of thousands of living specimens. The numbers can make your skin crawl if you think about them long enough.

But they’re helpful creatures. They scuttle along the ground, eating dead vegetation and animal droppings, processing them and dropping the “end product” further along the ground, thereby spreading out nature’s refuse. Their adaptability in diet and environment, is thought to be the reason they have survived for so long.

Were they always this big? Yes. And likely even bigger. The earliest beetle fossils, a cockroach-like creature that comes from the Jurassic period, may have been super-sized due to the warmer climactic conditions, which means that with global warming, we may in the future face bigger, and badder, insects.