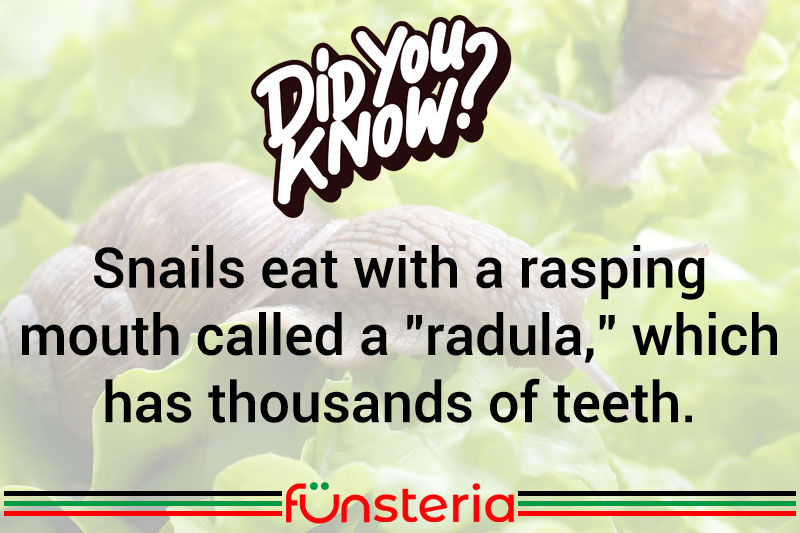 Next time the conversation slows down to a snail’s pace, try dropping one of these little gems, about the mostly mundane mollusk. The head of most snail species, have two tentacles. These protuberances are hollow. The snail’s eyes are perched at the end of the tentacles, but when threatened, they can draw their eyes down through the hollow stalks. As a mollusk, the snail has a head, a “foot”, and a middle region where everything else resides. The “foot” is actually the muscular lower part of the body, which is pushed against the ground, to propel it along. Most mollusks have a shell, although some, like the slug, do not. Some snails and other mollusks have a radula, or tongue, which has a rough surface for helping it to pick up food. The tongue is actually made of chitin, a substance that is quite hard, and which forms the exoskeleton of arthropods. The average snail moves at a speed of 0.0000362005 miles per hour. (Can you imagine the researcher that clocked this?) According to the Guinness Book of World Records, the African snail is the world’s largest gastropod, with one specimen measuring 15.5″ from tip of foot to end of head, and a shell that measured 10.75″. It weighed four pounds.