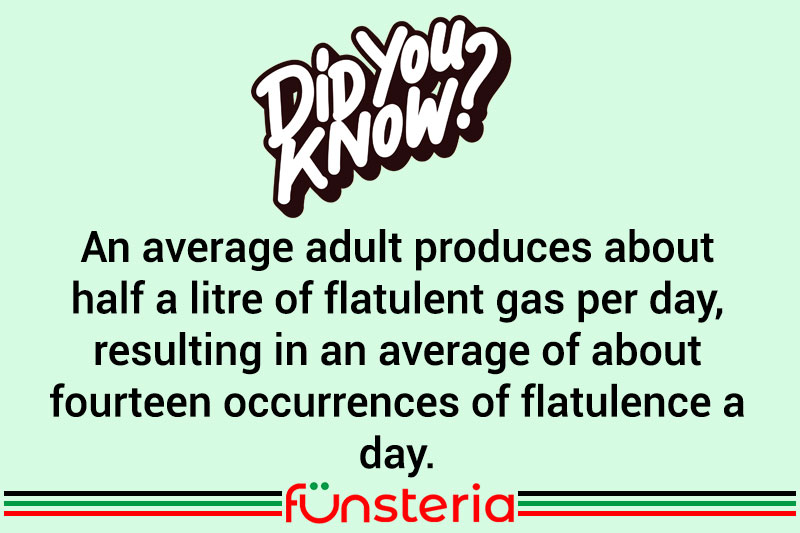 You’re standing in a line-up at the grocery checkout. Slowly, something pervasive and pungent enters the atmosphere. People to your left and right are looking covertly at you. Someone, has farted.

What is this most basic of bodily functions, that can make people blush or burst into laughter? Basically, it’s gas… or a combination of several, including nitrogen, carbon dioxide, methane, oxygen, and hydrogen sulfide. It’s that last one that gives farts their “odeur de” rotten eggs. Sulfur rich foods, makes what you produce, even richer in smell. For some people that could be anything from beans, to eggs, to cabbage or cheese.

Gas forms in the intestinal tract, thanks to two things: air that is swallowed, and foods that the system is having trouble breaking down. Gas builds inside the intestines, and because gas expands, it has to go somewhere, and there’s no other way out, at that point. (You can of course, burp before things get that far, but it won’t stop you farting.)

“Fart” is the common term, but depending on your origins or the social situation, you may do or produce, any of the following: break wind, cut the cheese, barking spiders, bombers, rip one or pass gas.

And make no mistake about it, you will fart. Everyone does – men, women, royalty, sports stars, even animals. And if you’re an elephant, nobody produces a bigger blast than you. For humans, the average is 14 farts a day that produce a half liter of gas.

Most of which is done while you sleep.