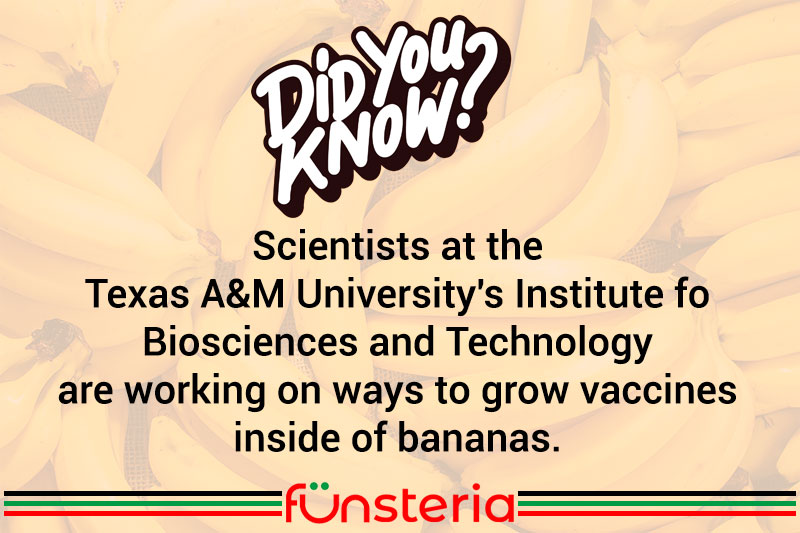 They call it “green gene” technology, the science of genetically altering plants, to reproduce proteins that can be used in immunization for various diseases/illnesses.

By altering the DNA of certain plants, it’s possible to introduce proteins derived from specific pathogens. As the plant grows, it then produces a harmless protein that can be harvested and refined for use as a vaccine.

Another technology currently in use, is called “molecular farming”, by which takes the genes of pharmaceutically beneficial proteins, and inserts them into the genetic fingerprints of plants. The plants then act as natural “factories”, producing the active ingredients used in certain medicines.

Trade agreements are already in place, with regard to a vaccine for hepatitis B, which has been developed from genetically altered potatoes.

Scientists have been attempting for years, to genetically alter bananas, but were repeatedly stumped by the fact that the banana has a triple chromosome, and is an infertile fruit. Their first successes involved the development of fungus resistant strains of bananas for the third world, by introducing pathogens from other plant species such as onions and dahlias. Now, bananas are being used to grow proteins that researchers hope will lead to vaccines against measles, diarrhea, jaundice, cholera and polio.