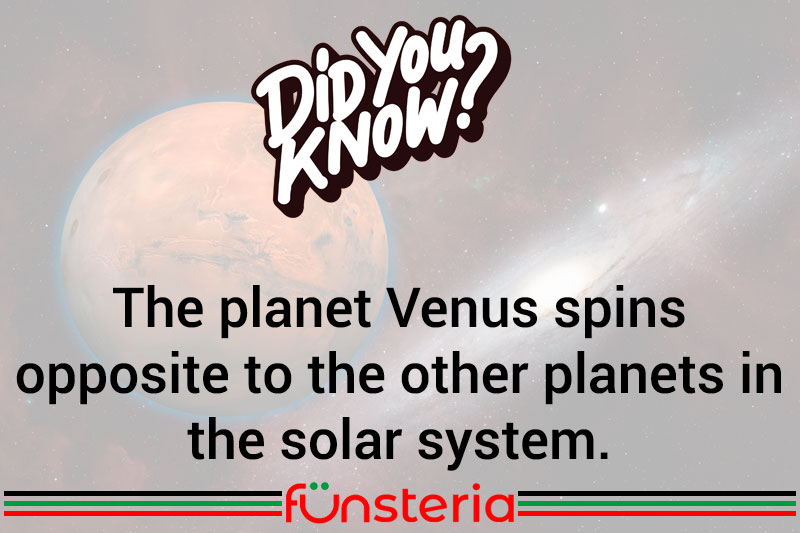 In our system, Venus is the oddball. While Uranus and Pluto have a similar odd rotation, it is less obvious because of the angle of their axis. Venus stands out quite clearly, in its position as the second planet from the sun, and the only one that goes against the flow by rotating east to west.

This pattern of movement, known as retrograde rotation, means that the sun rises in the west, contrary to what would be seen on other planets if they could be inhabited. But how did it come about?.

The atmosphere on Venus is extremely thick, being primarily CO2, or carbon dioxide. This creates a greenhouse type of effect, which magnifies the heat of the sun and raises the surface temperature of the planet to around 930F. That, in combination with friction and tidal forces, is thought to have caused the planet to turn in the opposite direction to most planets in the solar system.

Tidal locking also causes another fluke in the relation of Venus to Earth. Similar in size and rotation, when their orbits align so that the two planets are at their closest, the exact same side of Venus shows every time. The phenomenon is a fine ballet that results from one body rotating on its own axis, at the exact same rate as it orbits the other body.