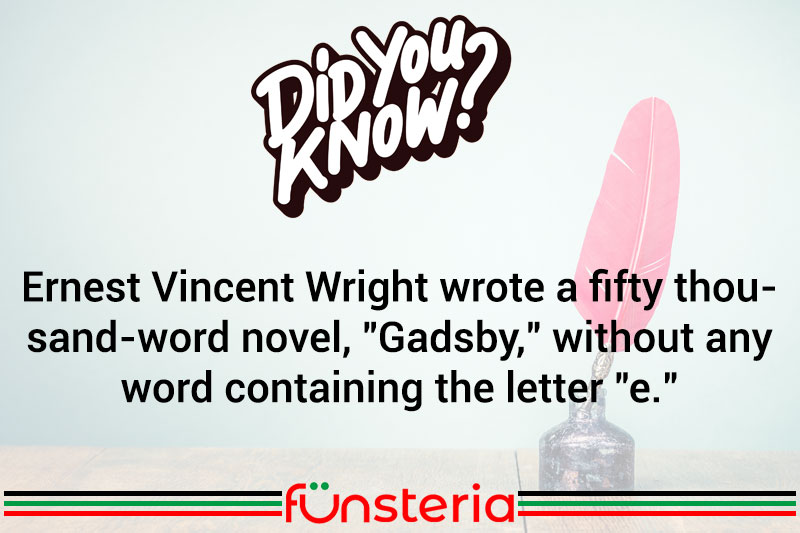 In the literary world, there have always been some weird, and wonderful people who penned works that turned out to be classics, although not always in the traditional sense of a valued book.

Take Ernest Vincent Wright, American author, who wrote a novel of 50,000 words, which with the exception of the introduction and a note at the end, contained not a single word with the letter “e”. The story was grammatically correct, and each word spelled properly. But such was the strain of figuring out how not to put an “e” on paper, that he died at the relatively young age of 66, on the very day that his novel, “Gadsby” was published.

Then of course, there is Bulwer Litton, whose revered (if only tongue-in-cheek) name is perpetuated annually in a literary contest for the best opening paragraph to a story, containing a sentence of up to 50-60 words, which will bore a reader to tears. The event, sponsored by the English Department at San Jose University, is to commemorate one of the really bad novels of all time, Paul Clifford, which Litton penned, starting with the unforgettable line “It was a dark and stormy night.”

If you wanted to be bored over, and over, and over, you should have been around in Ancient China, when a combined 2,000 scholars wrote the history encyclopedia, Yongle Dadian, which contained 22,000 chapters in 10,000 volumes. Alas, you won’t find it in a library today. But what you will find, is the Oxford Dictionary of National Biography, which details the lives of 50,000 people, in 60 million words, over 60 volumes, written by 10,000 people with empty pens and really sore hands. The project, published in the Fall of 2004, took 12 years to complete. The complete set takes up 11 feet of space on a bookshelf.