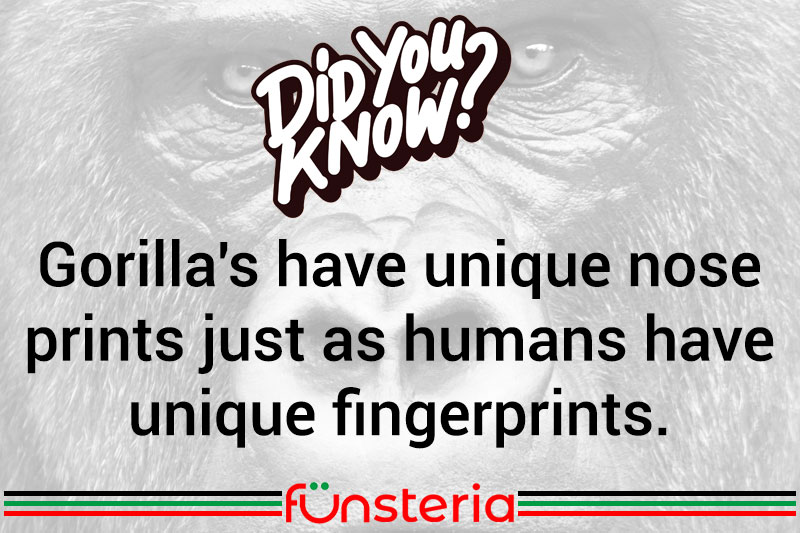 They’re not your typical monkey. They’re not even your typical ape, because gorillas are the largest of the big apes, with males weighing in at 400 lbs. and females averaging 200 lbs. Big in body and big of appetite, they consume up to 20% of their body weight in berries, leaves, bamboo, termites and ants, every day.

Apes have long fascinated scientists, for both their physical and genetic similarities to Man, some of which pose increasing risks to what is fast becoming an endangered species.

In order to track these amazing animals, it is necessary to identify them in some way, but except in rare cases where a captured animal has been released with an implanted transponder, most studies are conducted with individual animals that are identified by markings which are few in the dense black coat. Males can sometimes be distinguished by a pattern to the silver hairs down their back that give the dominant male its name. But in general, a large part of the ape population is recognized by their noseprints, which in this case, is not an ink and printing process. It’s the individual wrinkles, rolls and other features of the nose that are as highly specific to each ape, as fingerprints are to humans.

With this information in hand, scientists are engaged in tracking the shrinking populations that have been plundered by natives selling infant apes to traders, shooting adults for meat, and the rising toll of human diseases on the ape population as Man and animal move ever closer together.