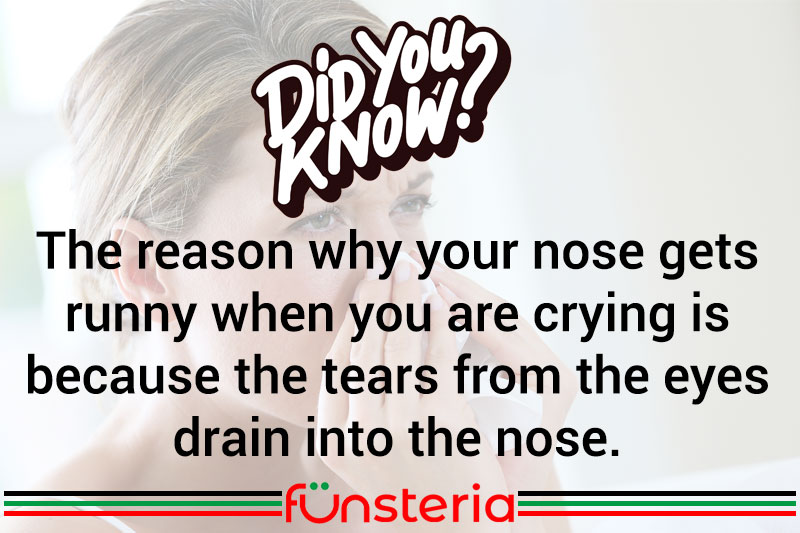 The human nose is curious thing. It makes an interesting feature for the face, and it harbors all the receptors that give us one of our five sense: smell. But it can also be a monumental problem, when it starts to run.

In the old days, ladies had just a little scrap of lace for a hankie, and that was more for show, or dabbing around the eyes to reinforce just how upset they were about something. For all practical purposes, the lady’s handkerchief was worthless. And besides, it wasn’t good manners to honk your horn in public and then wipe it. Men of course, had no such social strictures, and usually carried large, white linen squares that could have made the sail for a small skiff on the river.

By the 20th century, handkerchiefs had given way to tissues, commonly called Kleenex, only because that is the most familiar brand. The disposable paper tissues are more sanitary, and prevent a person from repeatedly getting germs on their hands where a handkerchief had already been soiled. Men, for the most part, still have the pocket handkerchief, now made out of cotton.

But what do we use them for? Most hankies or tissues are there to catch the output of a running nose. Why do noses run, you ask? Well, we’re going to tell you. Because they are irritated.

The lining of the nose is a mucous layer, designed to prevent the entry of irritants such as dirt, pollens, and germs, to the respiratory system. For the person who is allergic to some material, the nose will begin producing excess mucous and running in an attempt to get rid of the offending substance. When you have the flu or other illness, and the body is invaded by germs, virus or bacteria, the nose goes to work again, and tries to expel it.

Our noses also run when we cry, because as tears are produced by the glands, some of them drain down into the tear ducts, and thus into the nose, where they mix with mucous, irritating the lining which produces more.

Cold weather can also make your nose run, for the same reason that a bathroom steams up and causes condensation to run down windows or mirrors. The inside of the nose is warm and moist. The sudden collision with cold causes the formation of water droplets that mix with the mucous of the nose, and you have the nasal Nile unleashed.