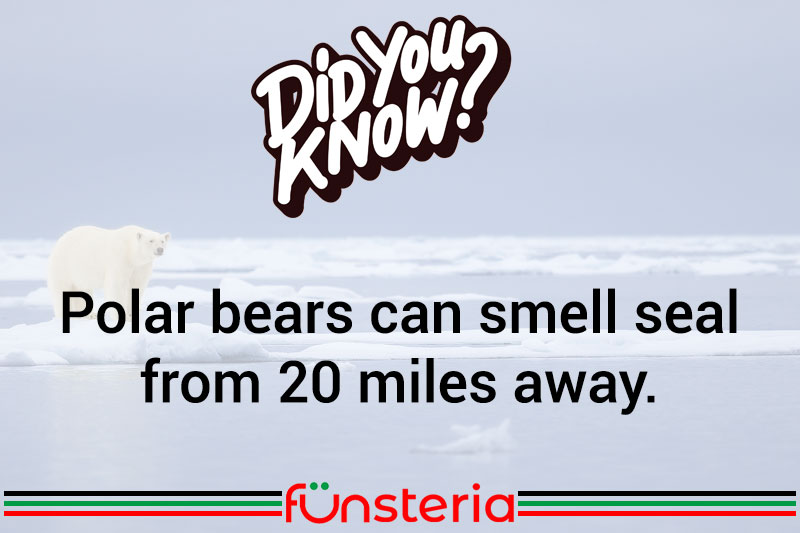 Polar bears are a unique member of their own species, having number of features that makes all other bears jealous. For example, they are the largest bear, with males weighing up to 1400 lbs. and females coming in at half that amount. But when they stand, they’re truly impressive, reaching heights of 11ft. or a mere 9ft. long when on all fours.

The massive northern beasts start life as a one-pound cub, born singly or in pairs, during the Fall. Males are called boars, with the complementary female being a sow. Babies are cubs, and the rare time you see them in groups, they are referred to as a pack or sloth. Generally the polar bear is a solitary animal, except when a female is raising cubs for a year or two, or the occasional spotting of a mating pair that travel together.

The polar bear ranges over hundreds if not thousands of miles in its natural habitat of the northern polar ice cap. The traveling is done essentially to find food sources, something they’re fairly adept at, with eyes specially adapted to cope with the ultra-violet rays of the “midnight” sun, and a nose that can smell seals or carrion at a distance of 20 miles.