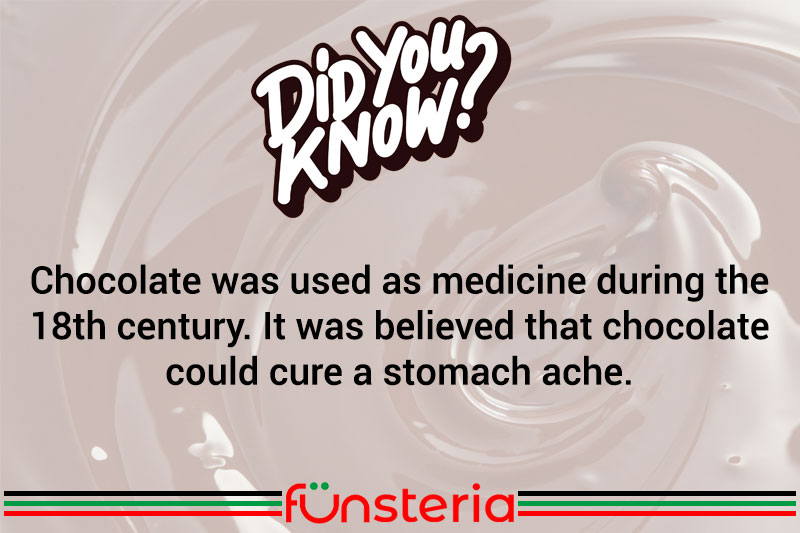 Chocolate isn’t just a candy. Before maids started leaving wrapped mints on hotel pillows at night, chocolate had some varied and esoteric uses.

The beans, which emerged from the forests of Central America, were used as a monetary unit in paying taxes to the Aztecs in 1000A.D. Cocoa had been grown and harvested for centuries, with evidence of its existence in the region going back another 5,000 years.

Besides serving as money, it was considered a beverage only for royal males, when ground into pasted and mixed with boiling water and various flavorings. Christopher Columbus got to sample it in the 15th century but passed it by as an item of interest and set off for what he thought were the East Indies.

That left it to Spanish explorers to seize on the idea of calculating the worth of something in beans, and soon the drink of the Aztecs made its way to the royal court of Spain. They kept it to themselves for almost a century, substituting cane sugar for the spices, and making a delightfully sweet drink. Then a Spanish princess married the King of France and they inherited the secret. And of course, English guests at court seized on the idea as well and it made its way across the English Channel, where in the 18th century, it was used as a preventative for stomach aches. Chocolate’s medicinal role actually dates back to the Aztecs, with the emperor Montezuma declaring that “The divine drink, which builds up resistance and fights fatigue. A cup of this precious drink permits a man to walk for a whole day without food.”