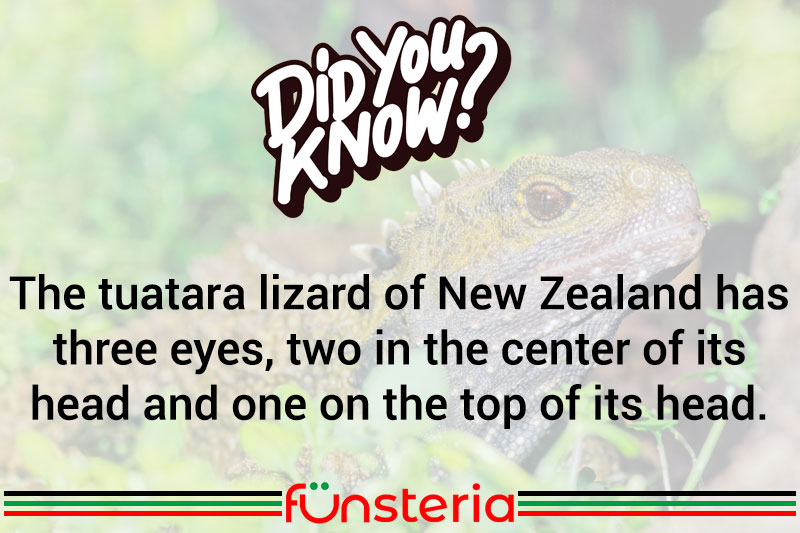 Few living things survive from the era when dinosaurs roamed the Earth, that’s why the tuatara reptile is known as the living fossil. This fascinating small reptile, often mistaken for a lizard, are now found only in New Zealand where their numbers have continued to decline and place them in danger of extinction.

As with many other species, environment and predators like Man are mainly responsible for this threat, but so is the nature of the animal itself. For the tuatara doesn’t mature until 15-20 years of age, and will only mate every 2-5 years through a lifetime that can average 60 years, but last as long as 100 years.

A small creature, the tuatara is recognized by its distinct arrangement of peaks or spikes down its back, for which the Maori named them. Males can weigh in at two pounds and 24 inches, while females run about half that size. They dine on insects and small mammals, using a unique set of dental tools that include a single row of teeth on the lower jaw, which fit in between two rows of teeth on the upper jaw.

But its most unusual feature is what is referred to as a third eye. And while the organ does retain some components of eyes that see, they are observed only in the very young, after which scales and skin cover the opening. The eye is placed on top of the head, and seen on hatchlings as a thin, opaque area of tissue. Scientists are baffled as to its purpose, theorizing that perhaps it allows the sun-loving animals to absorb ultra violet rays, which may be necessary for healthy growth of hatchlings.