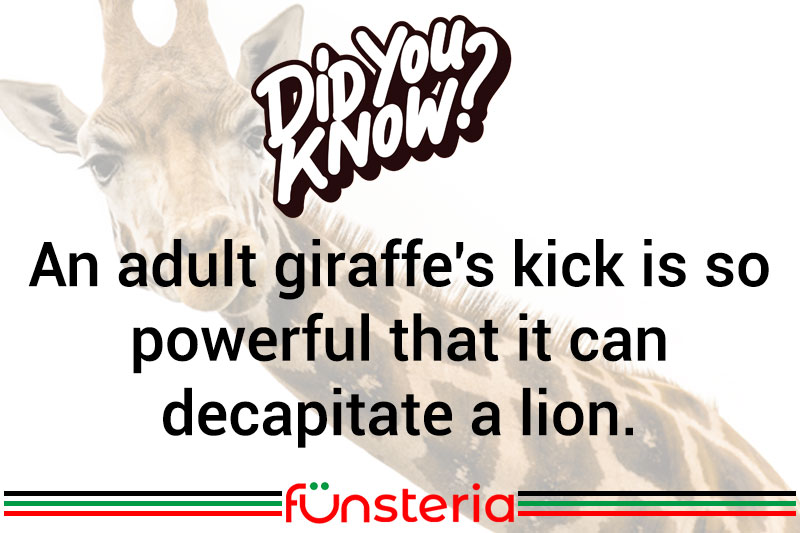 When seen from a distance, the giraffe looks like a slender, ethereal sort of animal, with delicate legs, and a long, narrow neck topped by a finely chiseled head. Close up however, is another matter. You have to stretch your neck to look up, way up. For a male giraffe can reach 18ft. in height and females a more feminine 16ft. The fact that they can weigh a ton or more also dispels some of the myth of delicacy.

Despite the gangling look, and seeming awkward gallop, the giraffe can reach speeds of 30mph or more. In general, they are a docile and non-combative animal, with males living in peace together, once they have established who is boss. This is usually done with a head butting or smashing contest in which they flail at each other for supremacy, only with their noggins.

However, their most dangerous weapon, are the elegantly shaped hooves. The mortality rate of over 50% for their young, is largely due to raiding by lions who can take down the young and drag them off quicker than the giraffe can defend against a pride. But for the single, brave lion, dealing with those hooves can be a deadly encounter. Not only is a giraffe’s legs long, but their kick is powerful enough to kill.