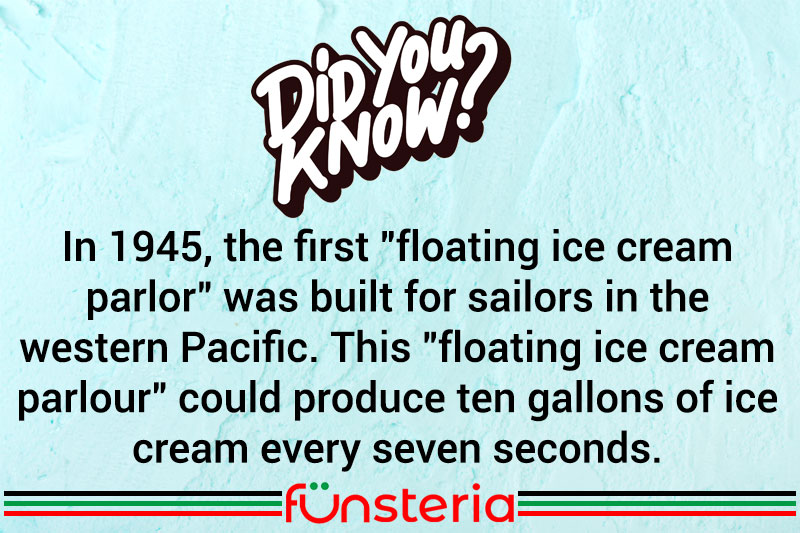 It was tough in the trenches, but a sweeter deal at sea. During WWII, various branches of the military vied with each other to see who could provide their troops with the most or the best ice cream. To that end, the Navy built a floating ice cream parlor for sailors in the South Pacific. The “parlor”, was a cement barge that cost $10 million dollars to build, but it could make ten gallons of ice cream, every seven seconds!

Small ships that rescued downed pilots, were given a 20 gallon tub of ice cream as a reward. Unfortunately, shortages of milk and sugar meant that ice cream making and consumption were on a limited basis, almost everywhere else.

Ice cream and war, seem to be interconnected for many years, dating back to WWI, when a German officer, speaking about the prospects of war with America, replied “We do not fear that nation of ice cream eaters.”