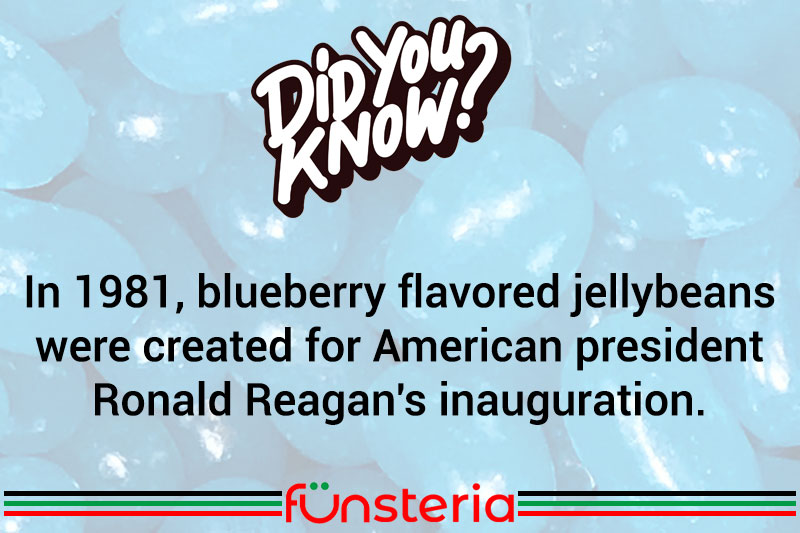 That isn’t an official title of course, but U.S. president Reagan’s taste for the tiny treats was so prolific and so famous, that the Jelly Belly company created the flavor Blueberry in 1981, to celebrate his inauguration. Reagan, who kept containers on his desk at the White House and also on the presidential plane Air Force One, is even immortalized in a portrait that hangs in his presidential library, created entirely from jellybeans.

The candy, a highly popular treat that dates back to the mid 1800s, owes its origins to an even older candy known as Turkish Delight, since the interior of the candies are basically the same formula of sugar, corn syrup and food starch. Sometime late in the 19th century, an unidentified candy maker came up with the concept of covering the potentially sticky pieces with a hard sugar coating, and thus was born the jelly bean, roughly the same size and shape as a kidney bean. Popular as a general treat, in the early 20th century they became associated with Easter for their egg-like shape.

Today, jellybeans in standard packages come as a mix of eight basic colors all related to fruit flavors. But there are also varieties that can be bought as a bag on their own, with flavors that range from spices to vegetable.