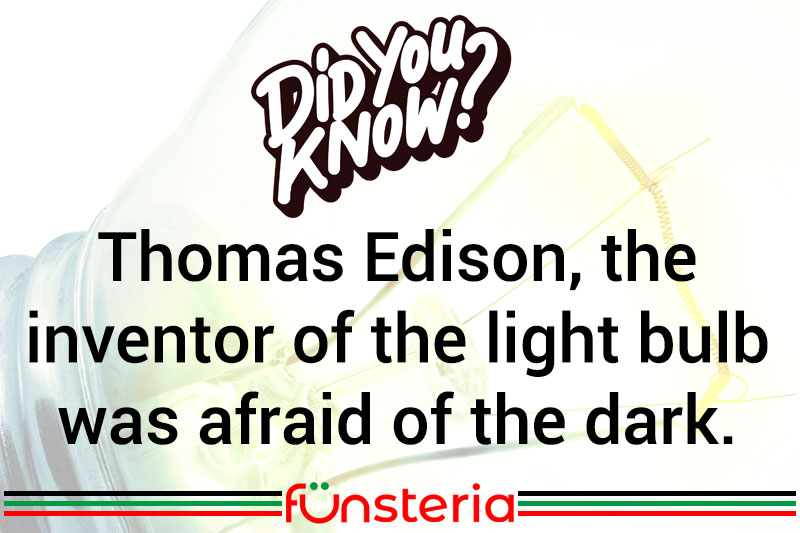 Thomas Edison was a strange child, right from the beginning. As the seventh child of the family grew, he remained silent, for which his parents may have later been grateful. Not until he reached the age of four, did Edison speak, something that may or may not have been caused by a partial hearing loss which would worsen before he was out of his teens.

However, he did have one thing in common with other children, his most frequently asked question was “Why?” For Edison soon became interested in the working of things that caught his attention. That interest would end his formal education at the age of seven, after only three months. His teacher, frustrated at the constant questioning, sent Edison home, observing that his broad head and jaw indicated a mental defect. When in fact, Edison looked just like his mother.

From that time on, Edison was home-schooled, which while not a new idea in 1854, was certainly not the norm. His mother taught the Bible, and the three Rs, while his somewhat undependable father rewarded him with a dime, for every literary classic he read. By the age of 12, Edison had become a mini entrepreneur, running his own printing press and putting out a newspaper he sold on local train runs, while using an empty car for his laboratory, as he continued a freewheeling and independent education.

Scarlet fever at 14, and/or a cuff on the head from an irate conductor when his experiments set fire to a rail car, robbed Edison of most of his hearing, leaving him with only about 20% in his right ear. Historians surmised that the lack of noise or distractions actually helped Edison’s mind to focus on his theories and premises as he ploughed his way towards fame.

After spending his youth as a traveling telegrapher, Edison’s first success as an inventor was a “repeating” telegraph device. That spurred him to return to the east coast and Boston, which was then the hub on intellectual gatherings and research. He established his own testing and research laboratory, where he proceeded to invent and patent phonographs and light bulbs, among other things.

Fame swirled around him, but Edison seemed to set himself apart from it. When asked once if he were afraid of anything he replied “I am afraid of the dark.” Thomas Edison died Oct.18, 1931, with all the lights burning in his New Jersey home.