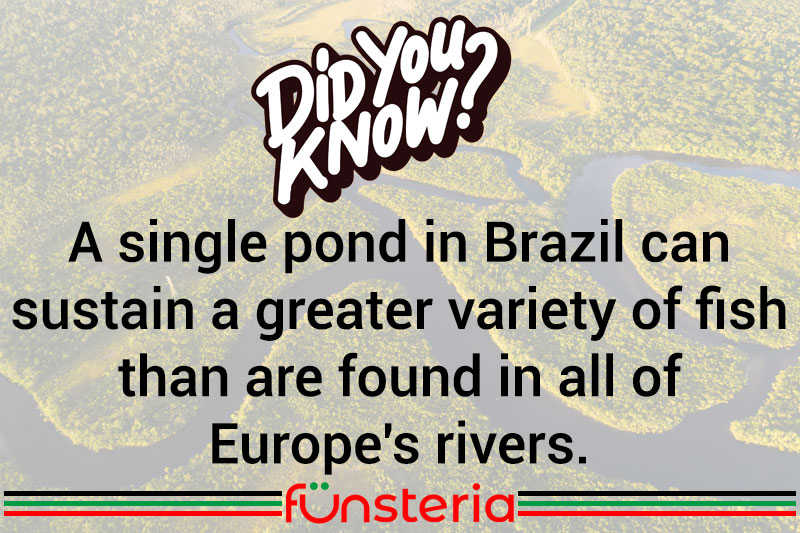 The vast gulf between civilization and Nature, is never more evident than when comparing the rainforests of Brazil, to the rest of the world. Europe, the first center of intense human habitation, is now bereft of hundreds of species of insects, animals and fish. A single pond in the rainforest of Brazil, can contain more species of fish than are now found in all of Europe’s rivers, combined.

One of the saddest aspects of “civilization”, is that in the past 100 years, more than 90 tribes of natives have vanished from the rainforests of Brazil. These peoples, having lived there for centuries, were the last repositories of information on the plants and trees that make up the rainforests, and what uses they could be put to. Given that 25% of Western pharmaceuticals are derived from rainforest vegetation, and that only 1% of trees in those forests have ever been studied, the loss of their knowledge is a tragedy.

In a world that has lost more than half its total rainforests, Brazil is singularly gifted with a full third of the remainder, but they are also one of the leading destroyers of this last bastion of Nature. Each year, another 2.7 million acres are clear cut or burned to make way for progress, and to sell the wood as a cash crop.