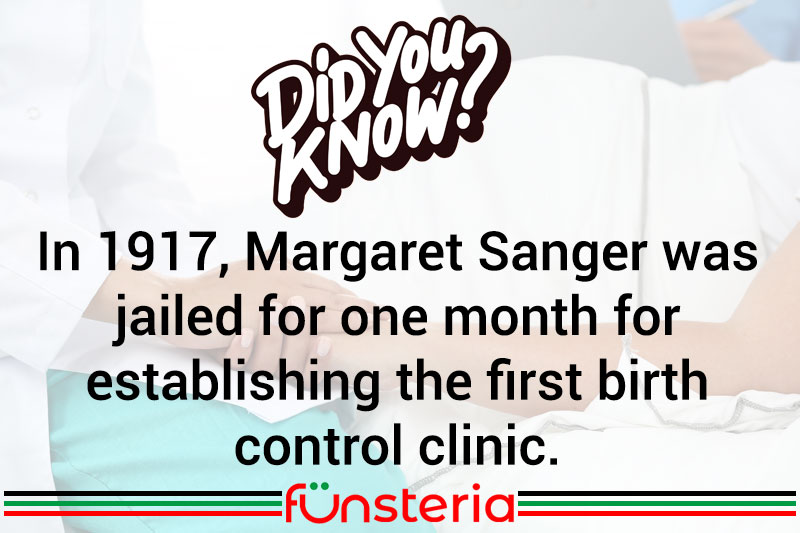 In Ancient Egypt, birth control took such bizarre forms as cervical plugs consisting of cotton padding wadded with crocodile dung. But in 19th century America, virtually the only method available to women, particularly prostitutes was abortion.

At one time, there was a brisk trade in abortions on the same level as there was for midwifery, until physicians up in arms over the intrusion on their territory, had the practitioners outlawed. From then on, birth control meant either abstention, withdrawal, or douches, of which, only the last one was available to a married woman without her husband’s cooperation.

By the latter part of the century, the women’s movement had taken on renewed life, as wives and mothers sought not only the vote, but more freedom in their daily lives, and a say in their own reproductive health.

One of the women at the forefront of the movement, was Margaret (Higgins) Sanger, born in 1879, in New York. Whether she was following in the footsteps of her father whose politics were known to be rather free-wheeling, or whether she was influenced by her mother’s death at age 50, after 18 pregnancies, Sanger would become a leading light in the fight for women to have a say in when and how often they gave birth.